Recently Launched Christian Organization Sets Out to Change the World 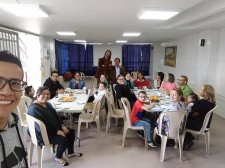 BOGOTÁ, Colombia, January 8, 2018 (Newswire.com) - A fast-growing Evangelical organization called the Covenant Christian Coalition is taking the world by storm and bringing together Christian leaders in dozens of denominations from every walk of life.

​Weimar López, who planted the Iglesia Evangelica Discipulos de Cristo de Colombia church in Bogotá, is a member of the CCC’s leadership team and says his reasoning for joining the movement was to “find brothers with whom to share the cause of Christ.” Furthermore, he says it was encouraging “[to] realize that we are not alone in this process.”

The CCC is an interdenominational organization that was founded by local Christian leaders in Dallas, Texas, in 2015.  In three short years, it has quickly grown to encompass dozens of Christian groups worldwide and is managed by diverse leadership consisting of pastors and ministers hailing from the United States, South America, Nigeria and many other countries.

The organization though prefers the term "post-denominational" when speaking of itself and its many member churches, emphasizing that while many self-identify as non-denominational and others still prefer denominational confessions, all are united by historic Evangelical and Protestant theology, especially the doctrine of salvation by grace through faith alone.

CCC leaders are determined to bring greater unity among Protestants, but not in a purely ecumenical way that buries differences — rather in such a way that different confessions are respected so long as there is agreement on foundational matters.

López had been working for three years to get his church plant up-and-running before joining the CCC and had suffered discouragement, but was determined to press on. “From the moment of my conversion to God, He placed in me a desire to serve in the ministry. I have only seen His Grace sustaining me since then in this work.” His Evangelical congregation is now thriving and he has set his sights on bigger things — including participation in the CCC's new worldwide movement.

Projects sponsored by the organization have sprung up around the world, including orphanages and schools in Uganda from where several members of the leadership team — called the Pastoral Council — hail.

The CCC has also funded environmentally friendly clean drinking water projects for the impoverished across Africa and South America, but despite these vocational accomplishments, members seem quick to tell people the real aim is evangelism and sharing the good news of Jesus.

With so many ecumenical organizations in existence, one might wonder what unique purpose, if any, the CCC fulfills, but the leadership is convinced that other interdenominational organizations have compromised their Christian convictions for the sake of lesser things and that the CCC is perhaps the first and only international organization broadly representing convictional, confessional Evangelical Protestants. 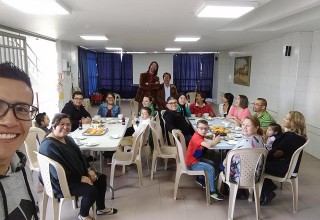 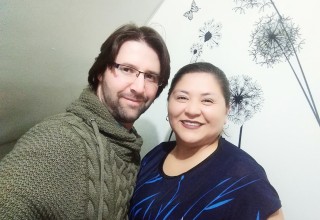 An international, evangelical, post-denominational coalition of churches still faithful to Christ and the Gospel. 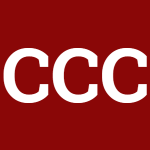