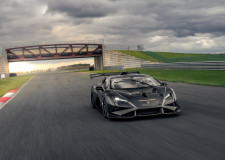 Forty7 Motorsports has been competing in various series within IMSA since 2016, including Porsche GT3 Cup, Prototype Challenge, IMSA Pilot Challenge, and their current ongoing efforts in the flagship WeatherTech LMP3 Series. As a team, Forty7 Motorsports has been watching the Lamborghini Super Trofeo Series closely for several years. 2022 will finally see them on the grid with two cars initially and an expansion to four cars mid-season.

"In testing, we have seen a noticeable improvement in the new cars through driver feedback as well as quicker lap times. Many of the parts to complete the upgrades have been subjected to the global delays in shipping, which has pushed a lot of work to these final three weeks, but the team came together and got the job done. Squadra Corse has built an incredible series on and off the track for the teams and its dealer partners. Forty7 Motorsports and RDS were a natural fit, not only from a geographical perspective, but also because we both have a shared understanding of the value motorsports bring to a high-profile brand like Lamborghini," said Garrett Kletjian, team principal of Forty7 Motorsports. He added "Forty7 Motorsports had previously been supporting RDS customers on the racetrack in other brands. This allowed us to showcase our special skillset, while building a relationship with Michael Romano, who oversees Motorsport for RDS."

RDS Automotive Group is consistently focused on the motorsports heritage associated with its brands, and will continue expanding into exciting new ventures such as the Super Trofeo Series. "We are pleased to join Forty7 Motorsports for the 2022 Lamborghini Super Trofeo season and are confident they will represent us well. We expect Wyatt Schwab and Nick Parmelee to finish with a podium spot this season," said Robert DiStanislao, president of RDS Automotive Group. Michael Romano, Director of Motorsport for RDS Automotive Group added, "Having a presence in pro racing, specifically the Lamborghini Super Trofeo Series, is proof of just how committed we are to the brands we sell, our partners and our clients. Being in the high-end luxury super car business, many of our clients want to move from enjoying their cars on the road to experiencing them at their peak, on iconic racetracks around the world."

For the opening event of the season, the team will head to WeatherTech Raceway Laguna Seca with cars representing Lamborghini Philadelphia and Lamborghini Greenwich. Drivers for the Philadelphia car are Wyatt Schwab and Nick Parmelee. Wyatt has been with Forty7 Motorsports since 2019, when at the age of 17 drove in their LMP3 program. Wyatt brings his speed and experience to the program as he accepts the new challenges of driving the Lamborghini Super Trofeo EVO2 car. Nick Parmelee has been racing and coaching in Arizona and Nevada for several years. He has experience driving the previous generation Lamborghini Super Trofeo cars and welcomes the opportunity to compete with the new EVO2 car in official series competition. The Lamborghini Greenwich car will be a piloted by a single driver, Jake Walker. Jake is a 16 year old from Valley Forge, PA that is no stranger to Forty7 Motorsports. He has been part of the Forty7 family since competing for the Forty7 Karting team at age 10 and went on to become the United States Champion in Rotax Kart competition. Jake has made a smooth transition to these 670hp Lamborghini Super Trofeo cars and has impressed in testing.

The tenth edition of the Super Trofeo North America will get underway in Laguna Seca on the weekend of April 29 through May 1, and will culminate with the final round at Virginia International Raceway, Aug. 26 through the 28. The continent's champions will be crowned in Portimão, on Nov. 2 through the 4th. For series and schedule information, visit IMSA.com. 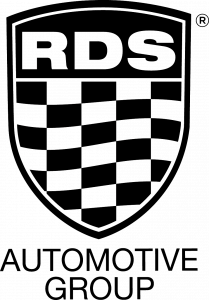