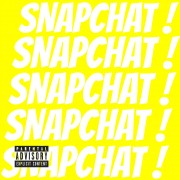 His new single, Snapchat, released under Kanji Records, was based on a moment Rawbe shared with his fans. The idea for Snapchat came about when he attended California State University, Sacramento, and became familiar with the term ‘rush butt’, which are terms used in fraternities for ‘booty pictures’. The fraternities used it to show that they’re popular among the ladies in the sororities so the freshmen would want to be a part of their frat. He decided to do something similar for one of their upcoming shows. He started out a Snapchat competition, in which fans would send him their ‘booty pictures’ on Snapchat and the selected ones would get a pair of free tickets to the show. Rawbe was inspired by how involved his fans were in the Snapchat competition, and he decided to write this song, Snapchat, produced by brownCHILD, to thank his fans for their support and love.

"We can all agree that Snapchat has a huge impact on how we interact today, I mean, look, even Kim Kardashian has a Snapchat."

“We can all agree that Snapchat has a huge impact on how we interact today, I mean, look, even Kim Kardashian has a Snapchat.”

Rawbe, known also as Robbie Page, is a 22-year-old MC from Northern California and recent student at California State University, Sacramento. As an artist for the new generation, Rawbe’s not restricted by the conventional rules of making music. He said in an interview,

‘I don’t like to define my music as one sole genre; I make music to fit the mood, not the mold.’

His new way of defining and creating sound was received outstandingly well by the audience. Requiem Events was impressed by his magic of drawing music lovers and making connections with young fans, ‘It’s hard not to dig what he’s doing. All of the songs have the sole intention of getting people to go crazy, and it works. He has generated a loyal following that grows with every performance and every new track.’

After signing with Kanji Records, Rawbe has thus left Cal State Sacramento and is working on his first LP.

About Kanji Records and Music Publishing

Comprised of individuals with over 20-years music industry experience, Kanji Records and Music Publishing was founded with one primary goal: to allow artists freedom to create exceptional music. At Kanji, we believe in artistic freedom.