Ravenna, Italy, Volunteers Ask, "Do You Know Everything You Should About Drugs?"

Reaching out to club-goers with the truth about drugs. 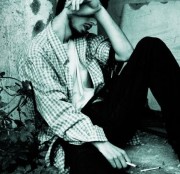 Italy, EU, March 8, 2016 (Newswire.com) - Volunteers from the Church of Scientology Mission of Romagna in Ravenna, Italy, are reaching out to clubbers in the city of Riccione with factual information on what drugs are and what they do.

Riccione, in the Italian region of Romagna, is famous for its night life, and with drug use commonplace among club-goers, the volunteers from the Say No to Drugs, Say Yes to Life campaign want to ask them, “Do you know everything you should about the drugs you’re taking?”

"Every day, alarming headlines fill the news about drug casualties. But doesn't deter drug use because it generates confusion and false information."

“Every day, alarming headlines fill the news about drug casualties,” said one of the volunteers. “But doesn’t deter drug use because it generates confusion and false information.”

Volunteers will be in Riccione March 8 from 3:30pm on with stacks of The Truth About Drugs booklets containing factual information on the most commonly abused drugs. They plan to hand them out to young people and make copies available in local clubs.

“A lot of information you hear in the street comes from the people who sell the drugs,” points out one of the volunteers. “So, how accurate can their information be?”

The volunteers believe that the best way to counter these lies is drug education and that these booklets will have a positive impact on young people. Most of the volunteers say they have had people tell them that after reading one of the booklets they have stopped taking drugs or decided not to take them in the first place.

For more information on the drug education and prevention initiative supported by the Church of Scientology visit the Scientology website.