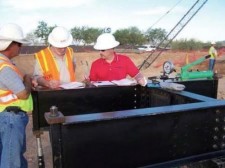 PHOENIX, May 17, 2018 (Newswire.com) - HDR, a construction company, was adding a new underground tank to hold four million gallons of water, requiring a solid and reliable foundation to be built first to support the weight. Arizona Ram Jack created a stabilization solution able to withstand two-times the expected weight, which will provide the water supply for an Indian nation development in Arizona.

A large water tank, capable of holding 4-million gallons of water, was to be built underground to supply water for the development by one of Arizona's Indian Nations. To support the weight, HDR knew a solid foundation was necessary, so they called in Arizona Ram Jack to work alongside them.

Up to 40-feet of soil was excavated in some places to make way for the tank, and thus Ram Jack used a variety of helical pile diameters. Once the piles were installed, a total of three pile tests were performed to ensure maximum performance.

In the end, the piles had been successfully installed to support two-times the designed ultimate load, and everyone involved was thoroughly satisfied with the work, knowing water would be stored and supplied for the coming years. 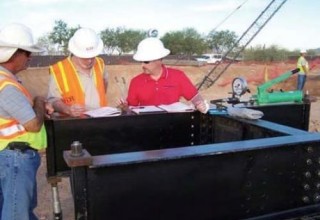 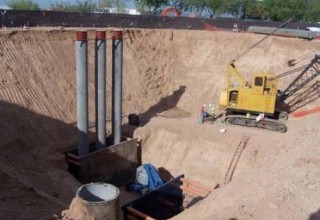 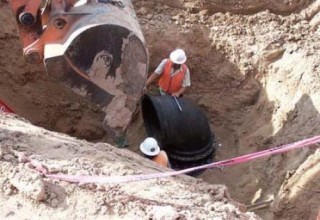