Raising Awareness on the Danger of Escalating Opioid Abuse

With more Americans now dying of drug overdose than traffic accidents, the Church of Scientology Seattle and the Foundation for a Drug-Free World join forces to combat the deadly opioid epidemic. 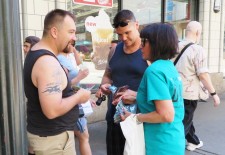 SEATTLE, Wash., July 26, 2017 (Newswire.com) - The Church of Scientology Seattle is sponsoring local events this summer to highlight the dangers of opioid abuse and solutions to this deadly epidemic.

At an open forum at the Church, organized by the Foundation for a Drug-Free World, Terrie Johnston, Crime Prevention Coordinator with the Seattle Police Department, briefed community leaders on the link between drug use and crime.

I could hold this Church up as a model for what we want every neighborhood to do.

As in many parts of the country, Ms. Johnston said, opioid use has been escalating in Seattle. The Washington State Department of Health reports 995 opioid-related overdose deaths from 2012 to 2016 in Seattle and the rest of King County. In that same time period, more than 1,700 died in counties across the state. And nationwide, overdoses have surpassed traffic accidents as the No. 1 cause of accidental deaths.

Ms. Johnston indicated that the cost to the community is no less dramatic: As much as 75 percent of crimes committed in Seattle involve drugs—directly or indirectly. She also noted an increase in accident rates with a higher proportion of DUIs attributed to marijuana use.

Ms. Johnston acknowledged the Drug-Free World volunteers for reaching out in the community with the truth about drugs. "You never know the ripple effects of what you do," she said. "It's been a great partnership. I could hold this Church up as a model for what we want every neighborhood to do." 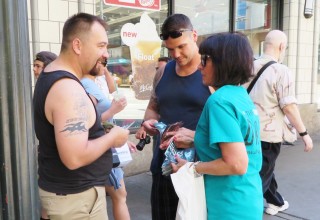 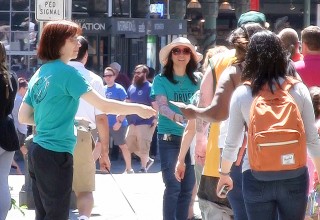 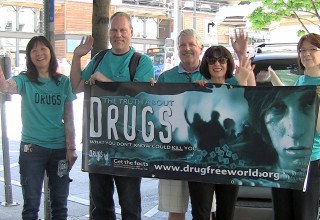 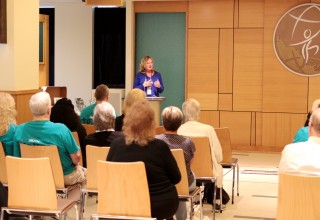