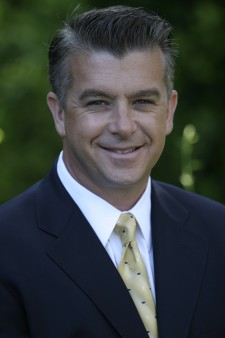 “Dear Rafael Dagnesses, Based on your interview and the recommendation of the Ventura County Charter, The National Latino Peace Officer Association- Advocacy unanimously supports and endorses your candidacy for U.S. House of Representatives.

NLPOA- Advocacy's mission is to promote social welfare by advocating with regard to law enforcement, including best practices, diversity, and community relations. NLPOA-Advocacy endorses Rafael Dagnesses for U.S. House of Representatives, because he has demonstrated the highest ideals of honor and integrity.

Rafael Dagnesses believes in the safety and security of our communities. He is committed to bridging the gap between law enforcement and our diverse local communities. Congratulations on your endorsement.”

Dagnesses received over 50 commendations during his tenure as a Police Officer.  The commendations range from Acts of Bravery to Letters of Appreciation from citizens.  There is only one candidate in this race that has actually risked his life countless times in the protection of others.

Rafael Dagnesses was born in Socialist-Communist Cuba and was able to flee to the United States with his family. Raised in the inner city, United States Marine Corps Gunnery Sergeant-Veteran, former law enforcement officer and entrepreneur-small business owner running for California’s 26th Congressional District which includes most of Ventura County and portions of Los Angeles County. He lives in Camarillo with his wife and two youngest children.

campaign info and donate at www.RafaelForCongress.com