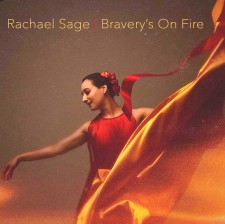 NEW YORK, October 7, 2019 (Newswire.com) - ​​​Rachael Sage has released a new single, “Bravery’s On Fire" via BlackBook, available on MPress Records/ILS/Universal. The concept of courage has taken on a whole new meaning for the singer-songwriter, who recently revealed that she was diagnosed with endometrial (uterine) cancer in 2018. Listen to and share “Bravery’s On Fire” here.

Now on the other side of treatment and in complete remission, Sage hopes to raise awareness of this disease, which is the most common type of women’s cancer with more than 60,000 new cases in the United States and 530,000 worldwide diagnosed each year. 100% of the proceeds from the sale of the single will benefit women's cancer research at Massachusetts General Hospital in Boston and Memorial Sloan-Kettering Cancer Center in New York City, the two institutions where Sage received her treatment.

Once Sage returned to touring in 2019, she added “Bravery’s On Fire” to her set list and noticed the song immediately connected with audiences. She realized the concept of courage and resilience in the face one's internal struggles is universal, and decided to make it her first recording following her recovery. “The song is about finding the courage to admit one’s own vulnerability and fragility –– which can be very challenging for anyone, let alone a performer, to embrace.” Co-produced with Grammy® winner Andy Zulla, the track features longtime collaborators Dave Eggar (Philip Phillips, Evanescence) on cello and Doug Yowell (Suzanne Vega) on drums, with special guests Rebecca Loebe and Grace Pettis of Nobody’s Girl on backing vocals.

For Sage, survivorship now means balancing her new commitment to staying healthy – including a raw, plant-based diet and regular exercise – with a renewed sense of purpose. “Having cancer has reminded me to take absolutely nothing for granted. I hope to continue to create work that uplifts and empowers others in any way I possibly can. Having come through such an unexpectedly dark time, I’ve certainly heard the wake-up call to be as appreciative and present as possible in my own life. I was very lucky to have wonderful doctors and the support of close friends and an unconditionally loving family, and if there is a silver lining in all of this, it’s that I have a much deeper relationship to gratitude.”

During October, Rachael and her longtime touring band, The Sequins, will perform in NYC at two charity events benefiting cancer research: An Evening Of Music & Dance benefiting Yoga4Cancer at NOW:Yoga on Saturday, Oct. 12 from 8:00 - 10:00 pm, and the “Bravery’s On Fire” release show at Rockwood Music Hall Stage 3 on Tuesday, October 29 at 8:30 pm. Proceeds will go towards Massachusetts General Hospital and Sloan-Kettering Cancer Center. 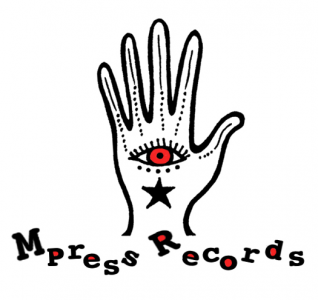