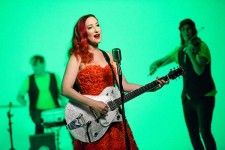 NEW YORK, May 23, 2018 (Newswire.com) - Singer-songwriter, multi-instrumentalist, and producer Rachael Sage has premiered her new video for the song “Alive” via Spill Magazine. The track appears on her new album "Myopia," out now via MPress Records. The video was shot in a Brooklyn loft and features pint-sized Dance Moms star, Elliana Walmsley. The dynamic clip was directed by Nick Clark and choreographed by Gianna Martello (also of Dance Moms). “Alive” was mixed by Grammy® Winner Andy Zulla (Kelly Clarkson, Idina Menzel, Rod Stewart). Watch and share “Alive” here and listen to the album on iTunes or Spotify.

"Sage’s songwriting stands out, inviting the listener into her messages of empowerment (and) love." – Innocent Words

"A striking work of pop-noir, with distinctly profound lyrics." - BlackBook

Explains Sage, “‘Alive’ is the most upbeat, positive song on my new album ‘Myopia’, and after I wrote it I felt very protective of it - like there was something precious about remembering to appreciate the gift of simply living, even as the world becomes ever-more chaotic. There’s a sense of anticipation and optimism in the lyrics, from the get-go...and it was very important to me that we capture the pure exuberance of the music via the movement of our brilliant young dancer Elliana Walmsley, whose sheer stamina was nothing short of staggering, on set; watching her fly through the air take after take with a smile on her face, bursting with the sheer joy of doing what she loves - however arduous - literally gave me hope for our future!”

A prolific visual artist as well as a musician, Sage will be showing new "Myopia"–inspired artworks from now through June 23 at Think Gallery (1 Bleecker St. near Bowery) NYC. The gallery will also be presenting a special reception for Sage’s new work on May 30, where fans can meet the artist, have a free glass of wine and ask questions in an intimate, casual atmosphere. Sage primarily paints with acrylics, fabric paints, and watercolors, often incorporating diverse materials such as sequins, rhinestones, glitter, and newspaper.

Sage recently opened for synth-pop wizard Howard Jones during 7 weeks of his almost sold out U.S. tour. Since then, Sage's cover of Jones' "No One Is To Blame" premiered with Billboard and "Sistersong 2018," a special 20th-anniversary version of her feminist anthem from 1998 premiered with Bust Magazine. Rachael's single "Spark" from her new album "Myopia" is currently #19 on FMQB’s AC (Adult Contemporary) Chart, alongside P!nk, Charlie Puth, Maroon 5 & Halsey. Additionally, the album debuted on the College Radio (NACC) Most Added Chart at #19.

ABOUT RACHAEL SAGE: Since founding her own label MPress Records two decades ago, NYC-based alt-pop artist Rachael Sage has steadily released a slew of vibrant, dynamic albums with poetic lyrics spanning subjects as wide as her inspirations. She has toured with an eclectic list of artists including Ani DiFranco, Beth Hart, Sarah McLachlan, Judy Collins and Howard Jones. Sage also continues to significantly grow her visibility via her many song placements, having recently landed her 22nd song on top reality show Dance Moms, translating into over 10 million YouTube hits. Her new album "Myopia" is a bold departure for Sage, with a much stronger emphasis on her guitar playing over her signature piano palette. Produced by Sage and her longtime engineer John Shyloski, the album features drummer Doug Yowell (Joe Jackson, Duncan Sheik), keyboardist Rob Curto (Lila Downes), trumpeter Russ Johnson (Elvis Costello, Deborah Harry) and bassist Mike Visceglia (Suzanne Vega). Sage recently wrapped up an 8-week U.S. pre-release tour with UK chart-topper Howard Jones, whose ballad “No One Is To Blame” appears on "Myopia" and debuted in Billboard. 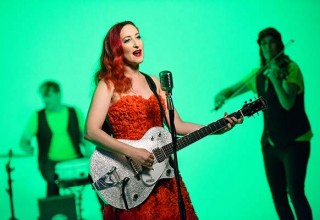 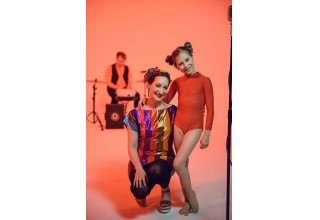 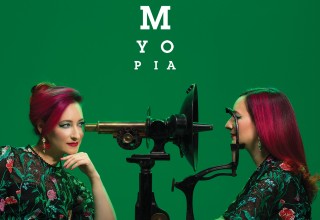 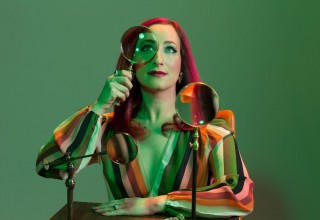