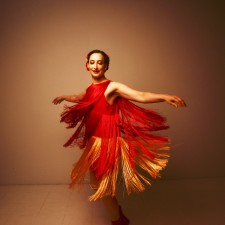 NEW YORK, December 4, 2019 (Newswire.com) - Rachael Sage has just released two separate videos by award-winning filmmakers for her current single "Bravery's On Fire", which benefits Women's Cancer Research. The universal anthem about finding strength in resilience will also appear on her forthcoming album "Character", due for release March 6 on MPress/ILS/Universal. View and share the US version here, and the UK version here.

The US version of the video, directed by longtime collaborator Tom Moore, premiered via American Songwriter and takes a cinema verité performance approach. Filmmaker Nick Clark's UK version premiered with Lock Magazine and is more of a narrative piece revealing Sage's writing and recording process while mirroring her personal experience during her recent recovery from cancer.

"Character" was co-produced by Sage and Grammy® winner Andy Zulla (Kelly Clarkson, Rod Stewart), and contains the 12 songs she recorded while recovering from her treatment, which she describes as "the most humbling mountain I've ever had to climb." With the support of close friends, family and her medical teams at Massachusetts General and Memorial Sloan-Kettering hospitals, Sage steadfastly navigated her cancer treatment and is now in full remission - embracing life and music with more passion than ever.

Recorded with engineer Mikhail Pivovarov and Zulla at both Carriage House Studios and her home studio in NYC, "Character" features diverse material that Sage recorded over the past year as she began to process her cancer experience. As a whole, the collection reflects on such concepts as gratitude, identity, compassion, authenticity, optimism, and mindfulness.

For more information, press photos, or to receive a review copy of "Bravery's On Fire" or "Character", please contact: tiina@mpressrecords.com​