R.J. Bales' New Book 'Eagle Creek' Brings a Chilling Novel That Attempts to Unveil the True Killer in a Series of Murders 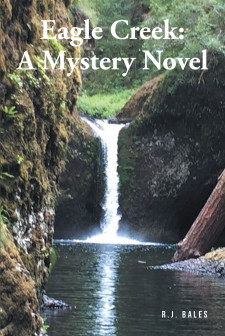 NEW YORK, January 18, 2022 (Newswire.com) - Fulton Books author R.J. Bales, a certified public accountant and a certified financial planner, has completed his most recent book "Eagle Creek": a riveting crime drama following Cody as he tries to trace the footprints of the perpetrator of the murders that continue to haunt the town.

Bales shares, "Cody Crosby grew up as a Boy Scout who was awarded the Eagle Scout rank and inducted into the honorary Boy Scout Order of the Arrow. He became a responsible adult who had no use for anyone who would commit senseless crimes—such as raping, brutalizing, and killing his best friend's fiancée.

"Cody uncovered clues that led to the arrest and conviction of the perpetrator, but several murders followed, although the killer was still in jail, eventually dying of cancer. Cody thought the murders were related to the convict. But then Cody received a note. He was next—unless he could solve the mystery of who the murderer was."

Published by Fulton Books, R.J. Bales' book features a gripping pursuit of truth in a case that terrorizes the town. Will the mysteries eventually be solved? Find out in this engrossing read.

A series of murders, unanswered questions, and horrifying revelations are all contained in this thrilling saga.

Readers who wish to experience this exciting work can purchase "Eagle Creek" at bookstores everywhere, or online at the Apple iTunes Store, Amazon, Google Play or Barnes & Noble.

Matthew J. Miller's New Book 'Manic, Anxious, and the Pursuit of Meds' is a Deeply Inspiring Account of a Man Who Continues to Live a Grateful Life Despite the Mental Struggle
Fulton Books - May 26, 2022

Sheryl Westergreen's New Book 'The Marigold Chemise' is an Intriguing Read About the History and the Uncanny Circumstances Surrounding a Series of Mysterious Paintings
Fulton Books - May 26, 2022