WHITE PLAINS, N.Y., January 3, 2019 (Newswire.com) - Quentasia Studios and show creator Gregory Q. Jenkins announced the cast and launch of his new web series “The Null Hypothesis.” The series premiered on the internet on Dec. 23. The show is about four co-workers (Kevin Patterson, Cassandra Nelson, Trinity Taylor, and Sarah Estanza) who leave their jobs at an up-and-coming data analysis firm to start their own.

Darius McCall plays the role of Kevin Patterson. Kevin is a smart, up-and-coming data scientist and one of the data geeks of the firm. He’s focused on his education and career thus far in his life but feels like something is missing: he doesn’t have a legacy. Kevin will discover that people must pay attention to their entire life not just their business aspirations.

An Alabama native, Darius has appeared in "The Sound of Darkness" and "The Shattered Mind."

Breton Tyner-Bryan plays the role of Cassandra Nelson. Cassandra is a no-nonsense, straightforward woman who doesn’t waste time with small talk. She likes to get straight to the point. Despite her rough edges, Cassandra is well-liked and respected.

If Breton looks familiar, people may have seen her in roles on shows such as HBO’s "The Nick," ABC’s "Manhattan Love Story" or they may have caught her in a performance of the "Breton Follies." In addition to being an amazing actress, Breton is an accomplished choreographer and dancer.

Sarah Estanza is played by Natassha Amalia. Sarah is the other major data geek of the firm, but she is not socially awkward. She’s brilliant, composed and understated until someone crosses her. That’s when she shows her fire.

After studying film and TV in Melbourne, Australia, Natassha decided to move to New York and study Method Acting at the Lee Strasberg Theatre and Film Institute. She has last been seen on stage in “Time Stands Still” (Sarah). She’s also a blues and jazz singer on the side.

Kele Mogotsi inhabits the character of Trinity Taylor. Trinity Taylor is a smart, savvy, businesswoman who is focused on success. She thinks she is a risk taker but quickly finds out just how risky being an entrepreneur can be.

The series will be different in that it is not centered around the usual professions that are the staple of modern-day television. While the show is a comedy, it will not shy away from tackling issues such as interracial dating, social justice, and workplace equality.

Independent producer and distributor of film and television programs featuring balanced and authentic representation of people of color and LGBTQIA+. 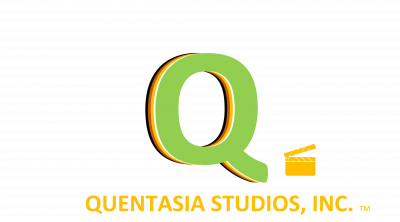