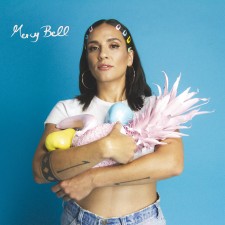 Drawing from folk, pop, and country, her music looks forward without losing sight of its roots. Her new, self-titled album, recorded with her band at the Bomb Shelter in Nashville, finds the singer-songwriter claiming her voice in a way that is personal and rapturous.

A bi-coastal upbringing in California and New England, plus time spent in New York and Arkansas before landing in her current home of East Nashville, gives her a perspective on life that is broad, deep, and uniquely American. Mercy embraces her singular view and uses it to show us that the small things tell us all we need to know about the big things.