LONDON, September 24, 2019 (Newswire.com) - Prime Minister Boris Johnson has had two meetings at 10 Downing Street with Guildhawk's Jurga Zilinskiene MBE, the woman who Queen Elizabeth this year honoured with two Awards for International Trade. The British Lithuanian entrepreneur and coder who experienced the collapse of the Soviet Union has told the PM that Brexit won't be as dangerous as the breakup of the USSR but he must do far more to protect profitable, ethical companies that do the right thing and not bail out those that behave badly.

Coming days before Thomas Cook’s plea for a government bail-out, her advice, expressed in a round table meeting and later reception with the PM and in a letter, could not be starker. Speaking of ways to increase UK productivity, ​Zilinskiene, the CEO of global language company Guildhawk, proposed two solutions to help established companies prosper and boost international trade:

1. Lend to Ethical Companies: Bank lending practices which are applied to established, profitable, growing SMEs in the UK are old-fashioned and are strangling growth. Despite UK government guarantees, business loans backed by the scheme are near impossible to obtain. Zilinskiene suggests introducing a new asset-based lending framework for SMEs that is similar to large companies, where securitisation is based on intangible assets. According to HBR, since 1975 intangible assets have increased from 20% to 80%, Britain’s economy is losing out by not lending to established smaller businesses because they have a shortage of the tangible assets that current lending practices are based on.

2. Protect SMEs from Fraud: The UK banking industry has the tools and knowledge that can prevent many fraudulent attacks on businesses but they choose not to apply them, such as the delayed rollout of Confirmation of Payee. In recent scandals, bank insiders are even the perpetrators of fraud against businesses and there are concerns that the explosion in shadow banking and derivatives could result in another financial crisis. Increasing the level of protection afforded to cash deposits held in UK business bank accounts would provide greater assurance in the event of a bank failure. Meanwhile, following the approach of the United States and prosecuting those who commit company and bank insider fraud is crucial to deter unethical conduct.

Zilinskiene said, “Brexit presents huge risks and great opportunities for businesses. Two big issues that are being overlooked are inability to access funds to grow and the threat businesses face from fraud. Great businesses can be strangled by both. That’s not acceptable and government must protect them and not reward those who play the system.

“After listening to the PM and other business colleagues in Britain and the United States this week, it’s clear to me that British business has the will and the skill to unite and get through Brexit with or without a deal.”

Guildhawk is a privately held technology enabled, international precision language company that believes the world is better when we work together as one - rather than against each other. We exist to unite people through language. 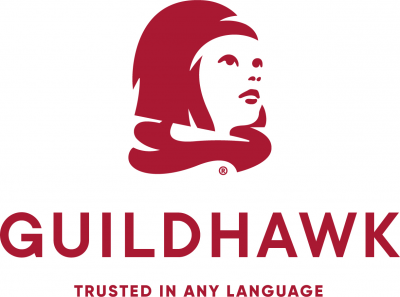