The new series features intimate conversations with scientists about their research and their lives. The series will launch Jan. 22. 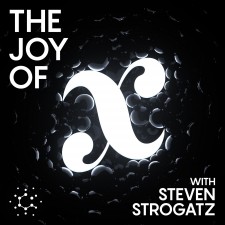 NEW YORK, January 16, 2020 (Newswire.com) - Quanta Magazine is expanding its illumination of fundamental math and science with a new podcast titled "The Joy of x". Hosted by mathematician Steven Strogatz, the new series features intimate conversations with scientists about their work, discoveries, frustrations and journeys. In each episode, Strogatz will give the listener a personal and up-close view of scientific inquiry — as a scientist genuinely interested in the inner world of another. Topics of conversation range from the beginning of time, the power of black holes, the evolution of brains and behaviors, the mathematics of rigged elections, the nature of scientific evidence, and how a former NFL player is pushing the boundaries of graph theory.​

A preview and art resources for the press are available here. For early access to full podcast episodes, please see contact information at bottom.

"My dream is that with this podcast, we can go beyond just talking about intellectual pursuits," Strogatz says. "I'm hoping we can reveal the passions that inspired the scientists, and even hear about their struggles and setbacks. Really, we just want listeners to be able to enjoy being a fly on the wall, eavesdropping on two scientists schmoozing."

He adds, "With this first season, I really think we've pulled that off."

The podcast's first episode, featuring Strogatz chatting with astrophysicist Priya Natarajan about black holes, dark matter and mapping the universe, will be available on Jan. 22 for streaming or download on Apple Podcasts, Google Podcasts, Spotify and other platforms.

"I've been a huge admirer of Steve Strogatz since talking to him on the phone about 15 years ago about fireflies and clocks synchronizing. A brilliant scientist and writer, Steve was a frequent guest in our radio studio and never failed to delight," says Horne, who won two Peabody Awards for her work at Radiolab. "When the exciting opportunity to develop and produce a podcast with Quanta arose, we all knew that no one could be a warmer, smarter host for it than Steve."

Steven Strogatz is the Jacob Gould Schurman Professor of Applied Mathematics at Cornell University. A renowned teacher and one of the world's most highly cited mathematicians, he has blogged about math for The New York Times and The New Yorker and has been a frequent guest on Radiolab and Science Friday. His most recent book, "Infinite Powers," was a New York Times bestseller.

Quanta Magazine is an award-winning, editorially independent online publication launched by the Simons Foundation to illuminate big ideas in science and math through public service journalism. Its reporters and editors focus on developments in mathematics, theoretical physics, theoretical computer science and the basic life sciences, with an emphasis on delivering timely, accurate, in-depth and well-crafted articles for its broad, discerning audience. Quanta has published two books (Alice and Bob Meet the Wall of Fire and The Prime Number Conspiracy), and its articles have been syndicated through partnerships with outlets such as The Atlantic, Scientific American and The Washington Post. 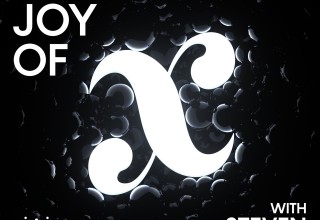 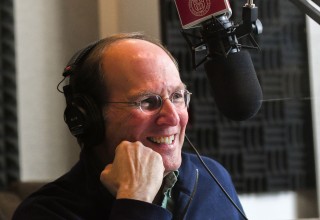 The Simons Foundation's mission is to advance the frontiers of research in mathematics and the basic sciences.