Gathering Many In Support of Legislation HR 715 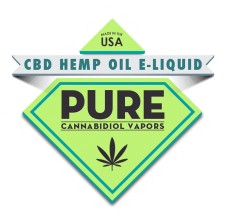 SCOTTSDALE, AZ, April 28, 2017 (Newswire.com) - ​In what appears to be an ongoing feud between consumers and some state representatives, PureCBD one the Nation's largest distributors of CBD Oil is launching a campaign backed by supporters, consumers, and politicians to push campaign awareness for house bill HR 715.

PureCBD launched an online Whitehouse Petition calling for the legislation to pass on Friday, April 14, 2017 which can be seen & signed electronically here. Details of HR 715 are also included in the petition. The High Times also backing Pure CBD Vapors in a Facebook post calling for their fans to sign the petition as well. Seen here.

In what appears to be an ongoing feud between consumers and some state representatives, Pure CBD Vapors one the Nation's largest distributors of CBD Oil is launching a campaign backed by supporters, consumers, and politicians to push campaign awareness for house bill HR 715.

According to Forbes Magazine, the CBD, Cannabis industry is expected to grow 700% by 2020 so this legislation will impact not only consumers but will have several economic backlashes should it fail to pass. CBD, or cannabidiol, is the most prominent naturally-occurring cannabinoid component found in cannabis, constituting up to 40% of the plant. Hemp CBD uses range from dietary aids to health-related benefits and comes in a variety of forms.

According to HempHealthInic, Cannabidiol is a cannabinoid devoid of the psychoactive effect commonly found in plants of the cannabis family. CBD is by far the most studied natural cannabinoid after THC (trans-Δ9-tetrahydrocannabinol). It is also the cannabinoid that possesses the greatest therapeutic potential, giving it a wide range of potential hemp CBD medical uses.

Many researchers believe CBD may be the single most important cannabinoid ever discovered. Studies have been conducted to determine possible hemp CBD medical uses. While current FDA regulations prohibit us from making any claims about CBD hemp oil benefits, we can tell you that our hemp oil is non-synthetic. This means it is a natural constituent of high-CBD hemp oil.

Law firms are also stepping in, Ho Ban Law Group is making a case against the DEA's attempt to classify CBD Oil to that of Marijuana. Cannabinoids are NOT illegal controlled substances, and the Ho Ban Law Groups statement can be read here.

It is clear that PureCBDVapors is making a strong push to get the message out there, according to company President Anthony Bautista "We filed this Petition as we feel not enough people and consumers are aware of what is happening at the legislative level and how this will impact several people who benefit from using CBD Oils."

Pure CBD Vapors offers some of the most flavorful, quality produced and trusted CBD Oil in the United States. We pride ourselves on customer service & satisfaction and have been offering CBD Oils since 2014.