SEOUL, South Korea, September 22, 2020 (Newswire.com) - ProtoPie, the award-winning prototyping tool, today launches the ability to design voice interactions within digital prototypes. Rather than merely mimicking voice functionality, this new feature from ProtoPie is fully equipped, tapping into the text-to-speech and speech-to-text engines built into a user’s browser or operating system, iOS or Android.

“With over 70% penetration of smart home speakers in U.S. and European households and roughly 80% of businesses planning to incorporate chatbots this year, the need for UX and UI design tools that can harness the power of voice is growing more pressing. This is evidenced by the fact that the Google Assistant team themselves requested we build out this feature ahead of schedule to meet their own prototyping needs,” said ProtoPie’s Founder & CEO, Tony Kim.

Jenna Yim, ProtoPie’s Chief Strategy Officer, added “Across the design world, we’re seeing the number of roles for Conversation Designers, VUI Designers and Chatbot Designers swell to over 5.5M this year with over 65,000 vacancies across those roles on LinkedIn. That means there’s an unmet need for designers with this skill set. At ProtoPie, our top priority is to help our users remove any barriers to making their ideas a reality, so we strive to constantly understand and deliver the features that make the biggest difference for the design community. That’s why delivering this latest feature was such a priority for us.”

Yim continued, “The integration of voice functionality is expected to have broad implications for diverse verticals, from automotive, to IoT appliances, to mobile applications. The inclusion of voice integration for companies in these industries is becoming table stakes for user experience as technology becomes more accessible and convenient. Our hope is that by helping designers more readily harness the power of voice interactions, we’ll accelerate the move toward even more intuitive and empowering user experiences for customers. Currently, voice-integration features often feel like an afterthought - an add-on alternative to primary UI controls. That's why, despite there being so many smart speakers in homes, people rarely use them for anything other than checking the weather. Designing elevated voice interactions has been inaccessible. We're confident this latest update to ProtoPie is the start of myriad new applications for voice.”

Yim added, “As an example, with ProtoPie you can prototype the entire driver experience, meaning connecting multiple dashboards, the steering wheel, gas pedal, clutch, and connected smartphones. Now automotive companies can add voice as a new dimension of realism, all without having to code. Being able to prototype an environment such as this without the use of custom code is unparalleled and allows for greater integration across different fields of use.”

What sets ProtoPie’s Voice User Interface prototyping feature apart from other existing VUI prototyping features is the visual interface, which not only allows for voice interaction but allows designers to affect micro-interactions. Other existing VUI platforms only allow for basic navigation through a prototype. With ProtoPie, voice isn’t a gimmick. Designers can truly prototype voice interactions to affect any imaginable aspect of the prototype, even across devices.

While other prototyping tools focus on screen design for mobile, ProtoPie’s ability to design for micro-interactions across devices allows for more practical prototyping of interfaces in real-world environments, such as the cockpit of a car or the digital screen on home appliances. ProtoPie is already partnering with leading automotive and appliance makers, and their design teams, to help reach the next horizon of user experiences.

ProtoPie is the most intuitive tool used to turn UI/UX design ideas into highly interactive prototypes for mobile, desktop, web, all the way to IoT. The software supports individuals and teams to ideate, iterate, and innovate faster, overcoming today’s challenges to design and realise tomorrow’s best digital products.

ProtoPie is the most intuitive tool used to turn UI/UX design ideas into highly interactive prototypes for mobile, desktop, web, all the way to IoT. 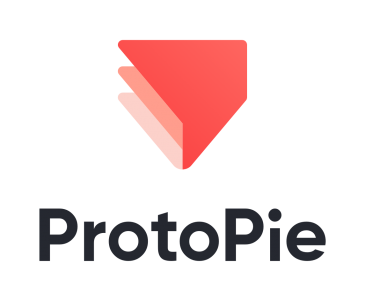