Drug-Free World British Columbia chapter educates thousands of individuals on the truth about drugs at the British Columbia Recovery Day Festival, one of many events held across Canada to promote recovery from drug abuse and addiction. 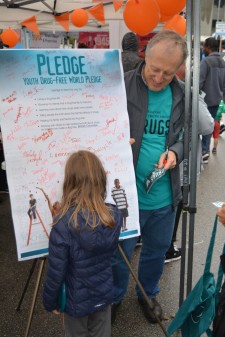 Many of those receiving the booklets came back to ask for copies for friends and family. More than 100 youth signed a pledge to live drug-free and joined the campaign against the use of harmful drugs. New alliances were made with rehab groups and officials to work together on this critical problem.

Drug education and prevention are vital, with British Columbia up against statistics such as these:

“These community events are vital to provide the information on drugs to youth, parents and professionals,” said Susan Kerr, Public Affairs Director of the Church of Scientology Vancouver who acts as an advisor to the British Columbia Chapter of the Foundation for a Drug-Free World. “There is a valid concern about the dangers of all drugs and a greater interest to be educated.”

The Foundation for a Drug-Free World (FDFW) is a secular nonprofit corporation that empowers youth and adults with factual information about drugs so they can make informed decisions to live drug-free. The Church of Scientology and its members support the Foundation for a Drug-Free World, whose Truth About Drugs campaign is one of the world’s largest nongovernmental drug education and prevention initiatives. Thanks to this support, the Foundation provides — free of charge — drug education booklets, videos and educator guides to teachers, mentors and civic and community leaders. 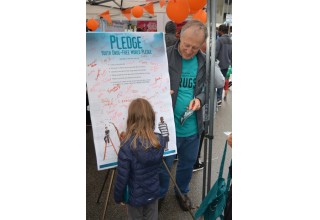 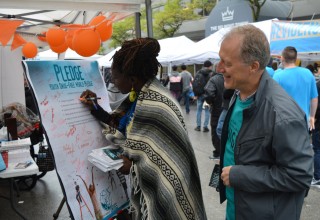