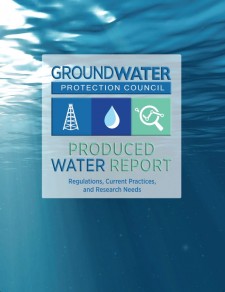 OKLAHOMA CITY, June 24, 2019 (Newswire.com) - The Ground Water Protection Council (GWPC) released today a report that examines current regulations, practices, and research needed to expand the use of produced water, a byproduct of oil and gas production, as a resource.

Led by its member states, the GWPC brought together a collaboration of scientists, regulatory officials, members of academia, the oil and gas industry, and environmental groups to explore roles produced water might play in developing greater water certainty. The report consists of three focused modules which include:

According to the report, freshwater stress is driven by rising populations, regional droughts, declining groundwater levels and several other factors. When surface water is scarce, communities and industries typically turn to groundwater to meet their freshwater needs. Produced water may become a resource that could reduce the use of freshwater for some of these needs in specific locations.

“As a national association of state oil and gas regulators and environmental protection agencies, we are concerned about the overuse of fresh groundwater resources and wanted to explore how produced water might help fill that gap,” said Mike Paque, GWPC executive director. “By identifying opportunities and challenges of using produced water and offering options for addressing them, the GWPC hopes to facilitate the development of produced water as a supplement to freshwater resources and fulfill its mission to promote the protection and conservation of groundwater for all beneficial uses.”

Most oil and natural gas produced water is reinjected deep underground into producing oil and gas reservoirs to enhance production or into porous rocks for disposal. Presently, the reuse of produced water accounts for approximately less than 1 percent of water produced.

The report identifies challenges currently limiting the reuse of produced water and provides a framework for the evaluation of reuse options, focusing primarily on research needs. In an effort to facilitate more research, the report also provides a literature review, based on search logic developed by the workgroup.  This review catalogs nearly 550 published papers on produced water in one place.

The full report, Produced Water: Regulations, Current Practices & Research Needs, can be downloaded on the GWPC web site at www.gwpc.org/producedwater. 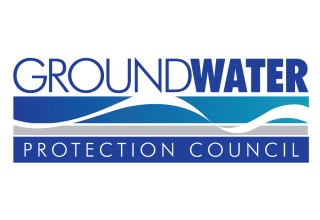 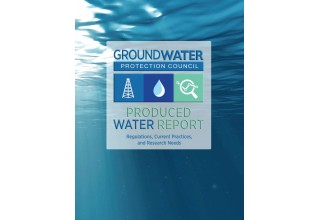 The (GWPC) is a nonprofit 501(c)6 organization whose members consist of state ground water regulatory agencies which come together within the GWPC organization to mutually work toward the protection of the nation's ground water supplies.