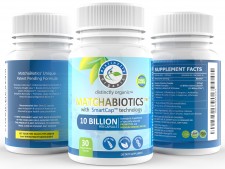 BEVERLY HILLS, Calif., February 20, 2018 (Newswire.com) - Unless they’ve been living in a cave somewhere, anyone into a healthy lifestyle will have definitely heard of Probiotics and Matcha green tea but perhaps not MatchaBiotics.

Currently, 70 percent of Americans suffer from stress; 74 percent are living with digestive symptoms like constipation, diarrhea, gas, bloating or abdominal pain; and 45 percent go around feeling tired or fatigued. Tens of billions of dollars are spent on remedies for these conditions each year - remedies which, as a general rule, merely suppress symptoms rather than handle their actual cause. MatchaBiotics was apparently formulated in an attempt to address the above conditions in a more natural way.

The primary driver behind the increased consumer interest in probiotics (see graph below) has been the desire for better gut health; but extensive new research emerging from Oxford University and other European sources now suggests that probiotics, along with their bedfellow prebiotics, influence our day-to-day emotional state in ways we could never have dreamed of. This gives a whole new meaning to the term ‘gut feeling’. In double-blind, placebo-controlled, randomised parallel group testing, British scientists reported non-placebo participants paying less attention to negative information and more attention to positive information while French researchers noted, “Beneficial psychological effects in healthy human volunteers”.

MatchaBiotics capsules contain, amongst other things, organically sourced, naturally-occurring L-Theanine which is known to promote the production of dopamine, serotonin and alpha brain waves. This combination is said to induce relaxation whilst enhancing mood, improving memory and promoting better concentration. The Scientifically proven probiotic/prebiotic ‘feel-good’ components apparently work in synergy with the L-Theanine to lower feelings of stress.

MatchaBiotics contains a reasonably broad-spectrum blend of friendly bacteria and thus should assist immune system function and healthy digestion in much the same way as any ordinary probiotic supplement might. While all green tea products naturally contain caffeine, the energy boost received from MatchaBiotics is apparently due to its unique combination of other nutrients. I MatchaBiotics contains the antioxidant know as epigallocatechin (EGCg) which, in studies conducted over the last 20 years, has shown a substantial free radical-scavenging capability. (EGCg) has also been proven clinically to protect cells from DNA damage caused by reactive oxygen species. Also found in MatchaBiotics are high levels of organic chlorophyll which has been shown to form complexes with mutagens and has the ability to bind and flush out the toxic chemicals and heavy metals such as mercury from the body. There is much discussion in healthy-living circles, regarding how much of the live flora in supplements actually survives the acid bath that is the human stomach to reach the intestines where it must do its essential work. MatchaBiotics’ solution to this particular conundrum is a new vegan capsule which is claimed to resist stomach acid but dissolve readily in the neutral environment of the intestines (see chart below).

MatchaBiotics® is produced and sold by Distinctly Organic ®, a division of California Bioscience Inc. 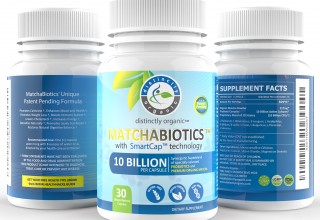 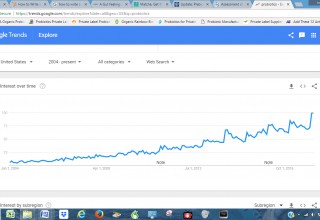 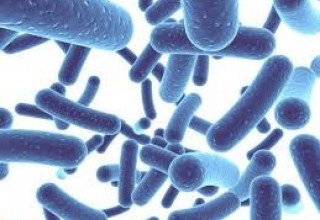