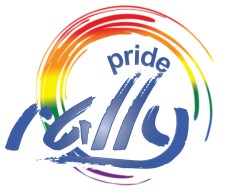 The Pride Rally is an exciting night of music, dance, and entertainment designed to bring people and communities together in support of LGBTQ rights and causes.

This year’s event will be hosted by Scott Nevins from Bravo TV’s hit show “The People’s Couch”.  In addition, two DJ Super Producers will be joining forces, Grammy nominated DJ Chris Cox (52 Billboard Dance #1’s) and Grammy Award Winning DJ Lee Dagger from Bimbo Jones (75 Dance #1’s internationally) will handle the entertainment in an exclusive performance, both sharing the stage and mixing together.

Jewel Productions is producing a drag show event not to be missed, and a special awards ceremony will be held for the founders of the Pink Party marking its 10th anniversary.  Award recipients include Long Beach Mayor Robert Garcia, Lynwood Mayor Pro-Tem Jose Luis Solache, Miles Nevin, Director of the President at Long Beach City College, Steve Sheldon, and Sergio Carillo.

Tickets are $20 in advance, and $25 after May 7th, and are available now online at www.PrideRally.com.   Tickets may be available at the door, based on availability.  A portion of the proceeds will benefit the LGBTQ Center of Long Beach.

Pride Rally History:  The Pride Rally is formerly known as “The Pink Party”, will celebrate its 10th year anniversary in 2017.  Over the past decade, there have been a variety of event producers.  In 2016, two community leaders stepped up to take on the overlooked event, rebranded it the Pride Rally, and will host its inaugural event this year.  For the first time in the event’s history, The Pride Rally (Pink Party) has the support of both the LGBTQ Center of Long Beach and the LBLGP Festival endorsement, potentially making this year’s event the biggest in the history of the Pink Party.

The Pride Rally is an exciting night of music, dance, and entertainment designed to bring people and communities together in support of LGBTQ rights and causes.