Congressional advisor, attorney, business owner and cancer survivor are all proud achievements Milwaukee native Tonya Sloans has attained. She is now allowed to add, "Forward Under 40" Award Recipient to that list of honors. 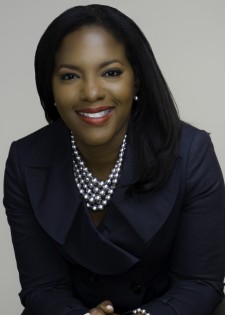 Wisconsin, April 12, 2016 (Newswire.com) - ​​​​Congressional advisor, attorney, business owner and cancer survivor are all proud achievements Milwaukee native Tonya Sloans has attained. She is now allowed to add, “Forward Under 40” Award Recipient to that list of honors. The prestigious award provided by the University of Wisconsin to successful alumni has been given to many great American leaders. Among them include the head of programming at YouTube, celebrity film and media branding experts, TV producers, scientists, engineers and more of the like. Tonya, one of 8 recipients in 2016 and a University of Wisconsin Law School graduate, was honored for making power moves in the Nation’s Capital where she leads PowerWoman Enterprise, LLC and is counsel to the U.S. House of Representatives Committee on Ethics. You will find her story featured in the University of Wisconsin’s “Forward Under 40 Magazine.”

Tonya recalls an interview she had in 1997 that was featured in Ebony magazine. In the article, she rattled off a long list of goals she one day hoped to accomplish… among them, becoming an attorney and successful business owner. Her goals seemed like an unbelievable dream and one she may not be able to achieve. But Tonya refused to give up. Instead, she believed and did the work necessary to make her dreams come true.

From serving as a keynote speaker before crowds of women to conducting individualized coaching sessions, Tonya gracefully propels women to their next stop on their personal career ladder.

Years later, after obtaining five post-secondary degrees, becoming an entrepreneur and striving to serve in Washington, DC’s legal market with excellence, she was struck with something that was completely out of her control – ovarian cancer. After 16 months of illness without diagnosis, this was truly the battle of her life. It required every ounce of strength within her to survive AND an unwavering faith in God. Through the strength of survival and a closer walk with God, she was able to completely recover. Shortly after, she was notified she would win the “Forward Under 40” Award.

“This time in my life has shown me that faith in God’s healing power is the best medicine for those suffering with serious health issues,” Tonya shares. The principle of faith is one she embodied to help her survive cancer. For this reason, she is often asked to speak publicly about the power of faith and healing.

Her latest adventure includes taking her most prized achievement to help catapult her company to the next level. PowerWoman Enterprise, LLC helps women to maximize their career potential. From serving as a keynote speaker before crowds of women to conducting individualized coaching sessions, Tonya gracefully propels women to their next stop on their personal career ladder. Her only goal is to help women move past fear into careers that represent their best use and value in the marketplace.

Tonya was awarded the “Forward Under 40” Award from the University of Wisconsin on March 9th and recently spoke at the Willis L. Jones Leadership Center as part of their Engage Leadership Series.

Power Woman Enterprise, LLC is owned and operated by Tonya Sloans. To find out more about the company, visit www.iampowerwoman.com or call (202) 415 - 5182.

For more information, visit her Ebony article or her University of Wisconsin “Forward Under 40” article.

About Moore Marketing and Communications

Moore Marketing and Communications: We help our clients build brands with excellence.

Leadership and Etiquette Clinique to Honor Atlanta's Successful Women of Demonstrative Grace
'She's a BOSSE: Leadership & Etiquette Cliniques' is excited to announce the organization will hold its first Atlanta conference for teenage girls at the Grand Hyatt in Buckhead August 1st - 4th. Young ladies will learn: how to be graceful in attitude and dress; proper grammar and nonverbal communication; the importance of education, entrepreneurship and economics; and formal dining etiquette. daily with a final grand prize of a Toshiba laptop to be awarded on August 4th.
Moore Marketing and Communications - Jul 27, 2016

15-Year Old Creator of Honestly Margo Featured at AmericasMart Atlanta Gift Show
Young entrepreneur and excellent business leader, Margo Gianos wows exhibitors at the AmericasMart Atlanta Gift Show with all-natural lip and body balm. The products are currently being sold in more than 140 boutiques all over the nation. Margo started the company at the age of 12.
Moore Marketing and Communications - Jan 10, 2016