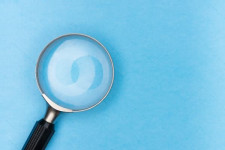 WASHINGTON, September 13, 2022 (Newswire.com) - The presence of minorities and women on a credit union's board of directors can positively impact both an organization's lending inclusion and asset growth, a CUCollaborate research team has found.

Both groups, however, remain underrepresented among directors across the industry, according to the report, "Credit Union Boards of Directors: Board Size, Gender, Race, and Institutional Performance, 2012-2021," produced by CUCollaborate Chief Economist Luis Dopico and Data Analyst Moriah Taylor.

The project was sponsored by Humanidei President/CEO Jill Nowacki and the researchers analyzed National Credit Union Administration board member and call report data in conducting the study.

With 5,006 minorities among 36,543 directors across the industry, there were 1.0 minorities per board—accounting for 14% of all board members. The number is similar to the average for corporations in the Russell 3000 Index, which reported that 13% of board members were minorities. However, it is far below the 42% figure that reflects the minorities in communities that credit unions serve.

Further, the majority of credit unions (60%) have no minority representation on their boards.

Those figures have consequences, according to the research.

"[W]e found strong evidence that credit unions with more minority representation in their boards have substantially more inclusive lending," Dopico and Taylor reported. The researchers interpreted this inclusiveness to be "driven less by the characteristics of the population served, and to be driven more by decisions made purposefully by credit unions' leadership."

Women fared better, according to the report. With 12,758 women among the 36,543 total directors, there were 2.5 women per board, accounting for 35% of all board members. That number is somewhat above the average for corporations in the Russell 3000 Index (27%), but still substantially below the percentage of female members in credit unions, which is close to 50%.

It was reported additionally that 29% of credit unions have boards that are close to gender parity, having between 40% and 60% women. However, credit unions with less representation are far more common, accounting for 56%.

The research notes additionally that the presence of women on boards does not lead to a more conservative approach, contrary to some reports.

The report also found that credit union boards averaged 7.2 members in 2021, a number that has not changed substantially over the period investigated.

While larger credit unions may tend to have more board members, the report notes that "average board sizes do not differ markedly across asset size ranges," with 95% of boards composed of between five and 11 members.

Board size was not shown to be a key driver of credit union performance, with the researchers concluding that, "increasing a credit union's board size would not mechanically yield the performance associated with larger asset size."

The report also examined the links between these demographic factors and several key measures of member-centric and financial institutional performance.

Based on their findings, the researchers revealed that, "with very few exceptions, variation in board size, women's representation, and minority representation has few measurable impacts across most of the key measures of performance that we explored."

However, they added, this does "not imply that board size and composition do not matter," as the metrics calculated do not offer a complete picture of a credit union's performance.

Ultimately, they concluded, "To best serve their memberships, credit unions should seek boards that are both professionally qualified and representative of their current or potential memberships."

CUCollaborate is a challenger consultancy that champions credit union growth through disruptive innovation. Through their powerful combination of custom-built software and innovative new strategies, they help credit unions both reach previously unreachable people and better serve those members already within reach.

Tags: Banking, Board of Directors, DEI

CUCollaborate is a challenger consultancy that champions credit union growth through disruptive innovation. Through our powerful combination of custom-built software and innovative new strategies, we help credit unions both reach previously unreachable people and better serve those members already within reach.