Prepping for Summer 2019: 'Diversity in Aquatics' Addressing Water Safety at Annual Convention in Miami This Weekend 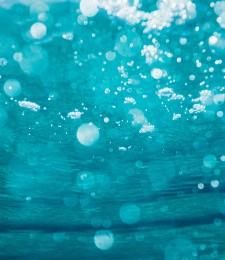 In communities across the country, local volunteers struggle in isolation to combat a serious and neglected public health issue on the scale of malaria and malnutrition, but once a year they’re drawn together to trade stories, share best practices and celebrate the work they’re doing at the Diversity in Aquatics Convention.

Drowning is the third leading cause of unintentional injury death worldwide, claiming the lives of hundreds of thousands each year, according to the World Health Organization. It’s an epidemic that disproportionately affects young children and minorities but lacks any coordinated, targeted efforts to address the issue, leaving the bulk of the work to grassroots enthusiasts.

“Our convention is a gathering of the most ethnically diverse aquatic professionals and enthusiasts,” Diversity in Aquatics Executive Director Miriam Lynch explained. “We are a 100 percent volunteer-based organization and each and every one of us has different passions that we’re bringing in to share with one another. That's one of the founding principles -- that we are all in this together to move aquatics forward.”

When Diversity in Aquatics was founded in 2006, it began as a way to network and stay in touch with people who might only see each other at meets or around the pool. Since then, it’s grown into an advocacy group focused on increasing access to aquatic opportunities for underrepresented populations and promoting water safety more broadly. The organization sees its annual convention as a way of aligning all of those goals into one water-filled weekend.

“When we meet at our convention, we’re learning different narratives of how others are doing it within their community,” Lynch said. “We’re diverse by population and by aquatic activity -- we’ve got water polo players, scuba divers, surfers -- we’ve got multiple entities coming together. It's a collaborative effort.”

By sharing their experiences in the field with one another, they not only hope to foster and spread the best ideas and tactics in growing awareness and participation but to also create a strong sense of community.

“We don't have a home base yet. Everyone is virtual and meets online,” Lynch said. “We want everyone to have a chance to meet each other and really run through their program [at our convention].”

According to the USA Swimming Foundation, 79 percent of children from low-income families have little-to-no swimming ability. The amount of African Americans between the ages of 5 and 19 who drown in swimming pools is more than five times higher than that of white children, according to the Centers for Disease Control.

Dr. Shaun Anderson, Diversity in Aquatics co-founder and former executive director, focused his dissertation work on the historical barriers to access that have led to those statistics today.

During the struggle for civil rights in the ’60s, activists organized “wade-ins” in public pools and beaches throughout the nation, from Mississippi to California, to pressure the state for equal access. The organization hopes that by bringing to light those barriers and challenging public policy, it can decrease drowning risks for everyone.

“Exposing barriers is our first [priority],” Lynch said. “We look at it from a critical lens and ask if the policies being created actually help to create access for all and reduce barriers or are we creating and keeping the barriers.”

According to the USA Swimming Foundation, when a parent doesn’t know how to swim, there is only a 13 percent chance that the child will learn, creating one of the most significant obstacles for Diversity in Aquatics, and organizations like it, to overcome.

“One of the best ways to have water safety is to get your child into swim lessons and do it with your child,” Lynch said. “The fear of the water is passed down from generation to generation, so we make it a family event.”

They also celebrate International Water Safety Day as a way to reach people outside of the aquatic environment.

“We have to prevent barriers like the idea that you can only learn water safety by being in the pool,” Lynch said. “Water safety can be taught anywhere, and that's where the awareness starts.” Some of the events featured at this year’s conference include “Ableism and Aquatics,” ”LGBTQ+ and Aquatics” and “Breaking Down the Barriers to Female Aquatic Engagement.”

“When we’re talking about water safety, it’s all different demographics that are affected,” Lynch said. “Everyone is at risk of drowning, it doesn't matter your social or economic status. If you don't know how to be safe in or around the water, it will affect you.”

As part of their outreach approach, Diversity in Aquatics works with organizations like Jack and Jill of America to promote water safety education in over 80 of their programs across the nation. They’ve also partnered with the American Red Cross to provide vouchers in historically black colleges and universities and Hispanic-serving institutions for water safety instructor and lifeguard training courses.

Although the goal is to increase aquatic safety and access, for many participants, the programs go on to change their lives. Lynch tells the story of two kids who started out learning to swim in one of their member programs and ended up with careers as underwater welders, earning their living while scuba diving.

“Not only is it a fun activity that can lead to all these different opportunities,” Lynch said, “it’s one that can save your family’s lives.”

The Diversity in Aquatics convention is taking place this weekend, April 12-14, at the Miami Marriott Biscayne Bay. 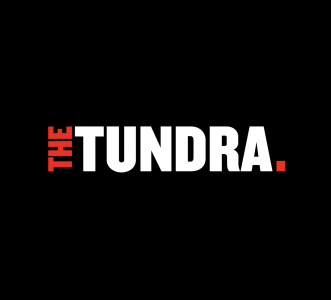