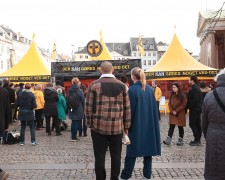 COPENHAGEN, Denmark, March 1, 2019 (Newswire.com) - "Der kan gøres noget ved det" ("Something can be done about it") read the banner on the bright yellow pavilion as it opened Feb. 23 in the heart of Copenhagen. The Scientology Volunteer Ministers European Cavalcade speaks “help” in all 24 languages of the member states of the European Union as it travels to cities throughout the continent. But its motto in Danish is particularly appropriate, as Denmark is home to the European headquarters of the Scientology religion.

The Volunteer Ministers (VMs) erected their bright yellow pavilion in Nytorv Square only steps from the Church of Scientology Denmark, which welcomed the Cavalcade to the neighborhood with a community open house held in the Church Chapel. Then it was out onto the street with an array of booklets, courses, and seminars all designed to help people address their most pressing problems or difficulties.

"Something can be done about it” is the motto of the Volunteer Minister. The VM is trained on 19 bodies of Scientology technology developed by Scientology Founder L. Ron Hubbard. These include healing troubled marriages, rescuing people from drug abuse, improving literacy and communication skills, and administering Scientology assists—techniques that speed healing by addressing the spiritual and emotional factors in stress and trauma.

The Volunteer Minister program was launched in the mid-1970s. Noting a tremendous downturn in the level of ethics and morality in society, and a consequent increase in drugs and crime, Mr. Hubbard wrote: “If one does not like the crime, cruelty, injustice, and violence of this society, he can do something about it. He can become a VOLUNTEER MINISTER and help civilize it, bring it conscience and kindness and love and freedom from travail by instilling into it trust, decency, honesty, and tolerance.”

Six Continental Cavalcades travel to major population centers throughout their zone. Every Scientology Church has a Volunteer Ministers tent which serves as a central element of its community outreach. And Volunteer Ministers Goodwill Tours bring the benefits of the technology anywhere and everywhere. VMs are recognized as indispensable in times of greatest human need, responding to manmade and natural disasters including earthquakes, tsunamis, fires, hurricanes, floods, and volcanos. 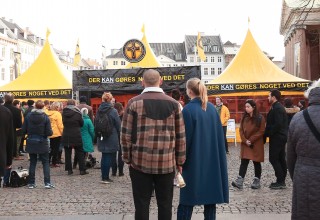 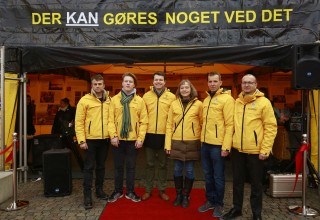 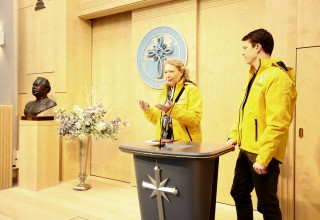 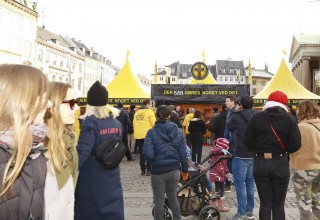