Award-winning and Amazon bestselling author, Whitney Dineen, is baffled by the backlash from her new novel, Mimi Plus Two. Fans are outraged that her heroine suffers from postpartum depression (PPD) and they claim it ruined the book. Dineen, a two-time sufferer of PPD is shocked by the lack of support and compassion for this very real nightmare so many women experience. She states, "One would think in 2016, this issue would not still be such a taboo." 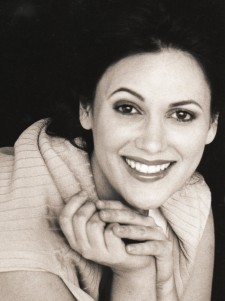 Albany, Oregon, June 21, 2016 (Newswire.com) - ​​Romantic comedy author, Whitney Dineen did not expect the backlash she’s getting from her recent release, Mimi Plus Two. Mimi Plus Two is the second installment in the Mimi Chronicles, which was preceded by The Reinvention of Mimi Finnegan, currently a finalist in the prestigious 2016 RONE Awards.

Dineen expected some drop-off in ratings, citing, “You can only fall in love with a character for the first time, once.” The Reinvention of Mimi Finnegan has an impressive 190-Amazon reviews and a 4.6 star rating. Dineen concedes that The Reinvention was light in subject matter and heavy in humor, dealing with topics like falling in love, weight loss and identity crisis. While still very much a humor novel, Mimi Plus Two, delves into some deeper subject matter, like postpartum depression.

"My sister had PPD and you've made a joke out of what she went through. I'm offended on her behalf and hope no one buys your stupid book!"

Email sent to the author

Dineen’s audience, however, was not ready for the new direction Mimi’s life took once she had a child and became the victim of postpartum depression. Dineen is completely taken aback by the number of emails she’s received stating her audience’s displeasure with the PPD angle.

Having suffered PPD twice, with both of her children’s births, Dineen wanted to share the journey with her audience. “Ninety-five percent of my readers are women, and I’m guessing the majority of them are in or near their childbearing years. I expected to find support and encouragement for the character they loved so much in The Reinvention. I did not expect so many angry communications and threats to never read any of my future books. It boggles the mind.”

According to the Center for Disease Control, postpartum depression affects 1 in 10 women. Symptoms range from unbearable sadness to panic disorders to OCD tendencies.

Both of Dineen’s bouts with the disorder lasted a full year, impacting every member of her household. She states, “I was ashamed and afraid of what was happening to me. I wanted to shed some light in this book about PPD to hopefully let other women, who suffer from it, know they’re not alone.”

Dineen remembers Brooke Shields's highly publicized depression following the birth of her children and admits she had no way of understanding what the actress/former model was experiencing. “I guess I figured, what could she possibly be depressed about? Her life is perfect!” Following her own struggles, Dineen confesses, “I feel like I owe Ms. Shields a letter of apology for my dismissive attitude. I am in awe of her strength coming forth and sharing her story. I wanted to do the same through Mimi.”

“As women,” Dineen states, “we have to have each other’s backs. We have to provide a supportive and safe haven for one another when life throws us a curve ball like postpartum depression.”

Dineen recently released a video on Youtube confronting her reader’s anger in hopes it will not only lend insight into her book, but also diffuse some of the heated response to a very real issue so many are forced to deal with.

“As someone who never experienced postpartum depression, I don't know if what Mimi was going through was realistic. But what she specifically felt seemed very strange.” –Amazon review

“It started out well enough but the ending was disturbing as well as disappointing.” –Amazon review

“I’ve never had PPD but I’m pretty sure it’s nothing like you wrote about. You’ve ruined Mimi for me and I’ll never read another of your books.” –Email sent to author

“My sister had PPD and you’ve made a joke out of what she went through. I’m offended on her behalf and hope no one buys your stupid book.” –Email sent to author

“I don’t think you have any idea what postpartum depression is like. I think you’ve made a mockery of it in order to try to be entertaining. You failed. I’m so disappointed in this book, I will not read another.” –Email sent to author

“…a fun book, written in an entertaining way and with lively characters, especially Mimi… A charming tale of marriage, motherhood, and extending family, and a royal one.” –​Kirkus Review

"Mimi Plus Two is hilarious, entertaining and insightful--will keep fans of women's fiction and chick lit engaged to the end." –​Reader's Favorite

"Chick lit lovers will be entertained by Mimi and her foray into marriage and motherhood. Whitney Dineen delivers a warm and big hearted romantic comedy that makes for a delightful read!" –​MarilynBrant, NYT bestselling author of You Give Love a Bad Name

"Utterly adorable! Whitney Dineen delivers a funny and heartwarming romantic comedy about having a wedding, having a baby, and having it all." –​Brenda Janowitz, author of The Dinner Party

Whitney Dineen is an award-winning and Amazon bestselling author of romantic comedies and middle reader fiction.