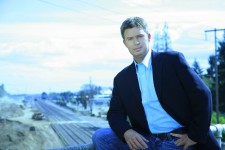 Eric Temple stated, "Today Governor Inslee vetoed bipartisan legislation that would have helped rural communities prosper, brought jobs back to our state, as well as tax revenue for our schools. ESHB 1504 would have defined freight rail dependent uses within the Growth Management Act (GMA) and allowed counties to write rules on how the land would be used. The bill was supported by both parties in the legislature, and also by a broad coalition including agriculture, labor, local governments, ports, and railroads.

"By over 80% margins, the legislature passed modest common sense reforms to the GMA, which would have allowed local communities greater flexibility in zoning land adjacent to railroads for rail dependent uses. The goal of the legislature was to create more family wage jobs, protect the environment, reduce congestion, broaden the rural tax base, and preserve Washington State's railroad system. Had this bill received the Governor's signature, and not his veto, it would have done just this.

"ESHB 1504 is necessary, as large parcels of rail served parcels zoned for rail users are the scarcest type of land in our state. During a twelve month stretch in 2016, four different companies needing railroad served parcels considered locating in Clark County. Because of the limitations imposed by the GMA, there was no land available, and not one of the 7,300 jobs was created here. Many of those citizens will be forced to commute to Portland to support their families, something to consider when the estimated cost of replacing the Columbia River I-5 bridge is currently $3 billion.

"ESHB 1504 would have had positive effects on the environment. It's a well-established fact switching from truck to rail reduces the carbon footprint by 75%. Forcing Washington businesses to transport by truck, or forcing businesses to locate to another state and transport the final freight miles to Washington State by truck, is not good for the environment, causes wear and tear on our infrastructure, and increases congestion.

"ESHB 1504 would have protected resource land, and also protected shortline railroad infrastructure, by allowing counties to determine the best uses for rail served land in their own communities. The bill was limited to cover only parcels which were both in rural counties and adjacent to railroad tracks. This language alone would exempt well over 99% of Washington State lands from these changes. In addition, common sense and economic reality would have protected the remaining less than 1% of the property. In Clark County, the area in question is a couple of hundred acres of underutilized farmland located on a four-lane highway, a railroad, and between the cities of Vancouver and Battle Ground. Of the nearly 75,000 acres of agricultural land in Clark County, these changes would have affected less than half a percent.

"ESHB 1504 would have helped provide much-needed revenues for school and fire districts, as well as other essential services such as law enforcement. According to the Federal Government, Clark County agricultural land generated just $680 in annual sales per acre, and Clark County property tax assessors place a taxable value on this land as low as 50 cents per acre. The economic reality of these numbers creates enormous challenges for these communities. By comparison, if Seattle-based Amazon.com was limited to $680 in sales per acre in 2016, they would have needed a land mass roughly the size of Washington, Oregon, and California combined for their $136 billion in sales.

"The irony is, Governor Inslee promotes himself as a leader who cares about the environment, wants to create family wage jobs, and supports school funding as well as other essential services, all of which this bill would achieve.

"By vetoing ESHB 1504, Governor Jay Inslee is hurting rural economies, job opportunities, and losing tax revenue for all of Washington. We urge the Legislature to override his senseless veto."

ABOUT:  Portland Vancouver Junction Railroad is the operating company for the Clark County-owned 33-mile long Chelatchie Prairie Railroad, and has been in business since 2004.