ST. GEORGE, Utah, August 31, 2017 (Newswire.com) - Studies show a steady increase in the use of tablets and mobile devices by children. According to a research conducted by the National Consumers League, 56 percent of children between the ages of 8 and 12 now own a smartphone. Parents have long been searching for ways to limit screen time and motivate children to step outside and indulge in physical activity. To solve this problem, PlayGoal recently introduced a game-changer: a fitness band for children that helps them "earn screen time." The PlayGoal fitness band campaign is now live on Kickstarter.

PlayGoal is a fitness band for children which tracks their physical activity. The band keeps tablets and mobile devices locked until a physical milestone has been met. For example, a child may have to perform 20 jumping jacks before being allowed to play Candy Crush on their phone. Therefore, children must exercise, play outside or take part in some form of physical activity before they can play video games or watch TV shows.

"This fitness band can change lives for good and actually motivate children to take part in more physical activity," states Brittany Oler, one of the founders of PlayGoal. "It helps create a system whereby you, the parent, no longer have to play the bad cop and your child feels he or she is in control. We are really excited about the launch and believe this will be one of the most innovative technologies of 2017."

Founded by Jacob, Brittany and Tydon, PlayGoal is an initiative geared towards changing the unhealthy lifestyles children have recently adopted. The fitness band limits the amount of time children spend in front of a screen and motivates children to take part in more physical activity. The founders claim this technology can make children more healthy and intelligent at the same time. More information about PlayGoal can be found on https://www.playgoal.com. To learn more about the campaign on Kickstarter or how to receive one of the first fitness bands by PlayGoal, visit https://goo.gl/vKq14U. 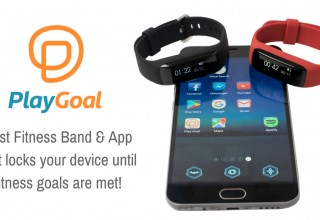 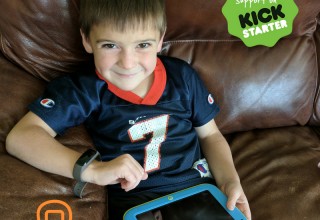 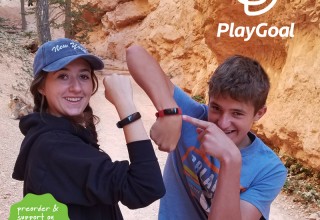