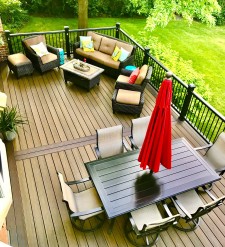 LIBERTYVILLE and VERNON HILLS, Ill., December 23, 2019 (Newswire.com) - Top-rated decking company Platinum Decking has officially announced an expansion into Libertyville IL, Grayslake IL, Vernon Hills IL, Gurnee IL, and Mundelein IL. The move comes after the company’s first year in business, in which it claimed the title of the fastest-growing decking company in the state of Illinois.

In 2019, Platinum Decking and Platinum Decking Naperville completed over 65 decking projects in the Northwest suburbs of Illinois. Wood and composite decks made up the bulk of these projects, with some front porches and side stairs mixed in. Through Trex, the industry leader in composite decking, Platinum Decking earned “Platinum” status, an indicator of both high volumes of Trex decks built, as well as maintaining high quality and stellar customer service.

“We are extremely excited to open a new branch in Libertyville. Platinum Decking Libertyville’s main goal is to provide homeowners with a local deck builder, wherever they may live in Illinois,” said Matt Rudig, Director of Sales and Operations. “We pride ourselves on being not just a local deck contractor, but a deck builder that can make any design a homeowner wants and build it to perfection.”

Platinum Decking is Chicagoland’s premier deck installer. It builds decks, porches, docks and more with Trex, Azek, and TimberTech products. The company also builds using traditional wood, like cedar and pressure-treated lumber. Platinum Decking has a unique relationship with Trex reps, and multiple suppliers to ensure there is never a shortage of materials on hand. Platinum Decking has 5-star review ratings across multiple home improvement sites, such as Houzz, Yelp, Google Reviews, and more.

You can also learn more about our Naperville location by visiting https://platinumdecking.com/deck-builder-naperville. 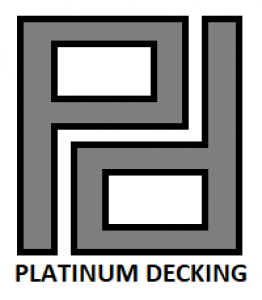 Deck Builder Near Me - Platinum Decking Barrington - Trex Deck
Spring is finally here, and it is time to replace your old deck with a new low-maintenance Trex deck with your local deck builder!
Platinum Decking - Apr 23, 2019
Newswire