NEWPORT BEACH, Calif., January 23, 2018 (Newswire.com) - Mike Manclark and the MANGIC Foundation announced today they’ve purchased an entire squadron of historic OV-10 Broncos from the National Vietnam War Museum and are shipping them to LA for a massive restoration effort. Mike Manclark, an aviation entrepreneur, and a pilot himself will spearhead the efforts alongside a team of other aviation enthusiasts so these classics can be enjoyed for generations to come at Air Shows, celebrations and other special events.

Known as one of the coolest and most exciting warbirds in history, the OV-10 Bronco was initially introduced in the 1960s for close air support in Vietnam. But because of their versatility, these warbirds went on to tackle just about every mission an airplane could have for the USAF, the Marines, the Navy, SEALS and many other foreign countries.

In fact, Manclark says the Broncos they are restoring have an impressive history as well, fighting in Desert Storm, combating cocaine in South America, and taking on ISIS in the Middle East before reaching their retirement.

“These aircraft have supported America during some of our most pivotal moments, and we want to honor, respect and protect that legacy by giving them a new life as a flying memorial,” said Mike Manclark, Founder, and President, The MANGIC Foundation. “This is a unique opportunity to preserve and celebrate our rich history, and we welcome everyone to join us in supporting this effort.”

As part of the restoration campaign, the six decommissioned aircraft will be loaded onto a convoy of trucks where they’ll make an epic 1,300-mile road trip from the National Vietnam War Museum in Mineral Wells, Texas to California’s Chino Airport in Greater Los Angeles. Once there, they’ll be meticulously assessed and repaired to the highest standards of restoration.

The aircraft maintenance specialists in Chino are some of the best of the best in the warbird business, and are some of the industry’s last remaining experts in hand-formed aluminum sheet metal, fabricating Plexiglas canopies, and rebuilding engines long out of service.

Because of its historical significance and the intriguing nature of the Bronco, the project has even drawn the attention of living legends in aviation like Patty Wagstaff, an aerobatic national champion and 2004 inductee to the National Aviation Hall of Fame. Wagstaff flew the Bronco for three years as an Air Attack Pilot at several tanker bases for Cal Fire and has since committed to being an advisor on the return to flight program.

“I've always been fascinated by the OV-10, its design and its mission,” says Wagstaff. “The idea of bringing more Broncos back to service is fascinating to me for a lot of reasons, including the mystique of the airplane. Every pilot is fascinated by this airplane, the essential mission it played in the Vietnam war, it's multi-purpose mission and the fact that the government keeps thinking about bringing it back into service. It’s a testament to how valuable the mission of this aircraft has been.”

“We would like nothing better than to see any of those Vietnam vets get in the air again. There is a legion of people out here pulling for you guys,” says Jim Hodgson, Executive Director of the Fort Worth Aviation Museum.

Harry Gintzer, a former Vietnam vet and OV-10 pilot with the Navy’s famed Black Ponies, are just one of many fans of the Bronco return to flight program, and one aircraft in particular – White Lightning. “I christened that name while serving in Vietnam,” says Gintzer. “The Broncos were white at that time, and my wife was from South Carolina, a place well-known for lightning. So it seemed like the perfect name, and it stuck. I put in 162 missions in that aircraft and am thrilled that Mike Manclark and his team will be bringing it back to life.”

For more information on this project, or to make donations, please visit www.ov10squadron.com.

Launched in 2012 by successful entrepreneur Mike Manclark, the MANGIC Foundation believes in hands-on work that gives people a hand up and making a tangible difference in the lives of those they help. Every year, the MANGIC foundation supports dozens of nonprofits and causes that support children, armed forces, and first responders, along with families in need. For more information on the MANGIC Foundation and how you can get involved, visit www.mangic.com. 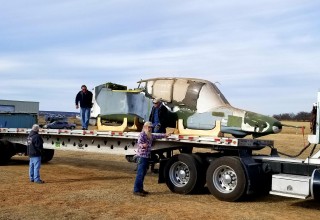 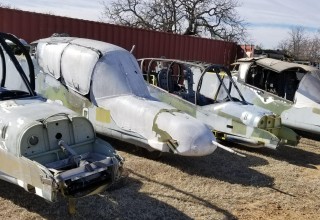 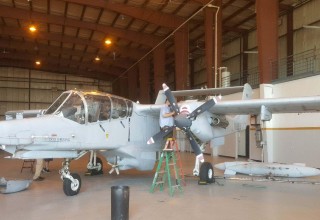 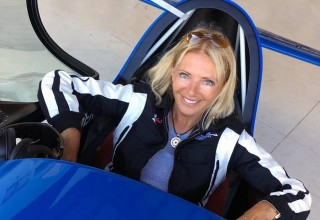