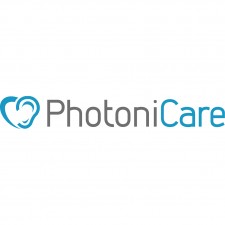 According to NIH, Phase I awards provide the opportunity to establish the scientific, technical, and commercial merit and feasibility of the proposed innovation. This $225,000 Phase I SBIR award will fund a clinical artificial intelligence project​ related to PhotoniCare's TOMi™ Scope. Carle Foundation Hospital (Urbana, IL) and Innolitics, a development firm that specializes in medical imaging software, are partnering with PhotoniCare on this project.

PhotoniCare's TOMi Scope uses an advanced light-based technology to see through the eardrum. For the first time, physicians can view a high-resolution depth image on-screen to directly visualize the middle ear contents. Current diagnostic tools can only provide a view of the surface of the eardrum, while the disease resides in the middle ear, behind the eardrum. Physicians are left to make a diagnosis with very limited information, or employ invasive surgical procedures to diagnose middle ear pathologies. PhotoniCare's noninvasive solution eliminates the guesswork, providing users with objective data upon which to base their decisions.

"We are honored to receive additional funding from the NIDCD, who has long been supporting our efforts to solve the problem of frequent misdiagnosis of middle ear infections, and the overuse of antibiotics and surgery in children that result," said Ryan Shelton, PhotoniCare's co-founder and CEO. "This project is really going to amplify the impact of the TOMi Scope, and I personally can't wait to see the results."

In fiscal years 2015 and 2016, PhotoniCare was awarded SBIR Phase ll funding from the NIDCD. The SBIR program is the mechanism by which the NIH and other Federal agencies bring innovative solutions to public health challenges. The initial awards supported the build-out of PhotoniCare's TOMi Scope, as well as funding to host clinical studies using the device. The studies, which took place in Urbana-Champaign, Illinois and Washington, D.C., helped PhotoniCare to better understand the potential impact of the TOMi Scope diagnosis of middle ear disease (ear infections). In fiscal year 2018, PhotoniCare was awarded Phase llb SBIR funding to support a necessary, expanded, multi-site clinical trial to advance the device through the commercialization process.

About the National Institute on Deafness and Other Communication Disorders (NIDCD):

The NIDCD supports and conducts research and research training on the normal and disordered processes of hearing, balance, taste, smell, voice, speech, and language and provides health information, based upon scientific discovery, to the public.

About the National Institutes of Health (NIH):

NIH, the nation's medical research agency, includes 27 Institutes and Centers and is a component of the U.S. Department of Health and Human Services. NIH is the primary federal agency conducting and supporting basic, clinical, and translational medical research, and is investigating the causes, treatments, and cures for both common and rare diseases.

PhotoniCare is a medical device company developing a handheld, low-cost imaging platform for the front-lines of medicine. The TOMi Scope, the first product on the platform, provides physicians with a clear view of middle ear infections, one of the most common diseases in the world. Founded out of the University of Illinois at Urbana-Champaign, and grown in partnership with some of the best incubators and accelerators in the health industry, PhotoniCare is focused on bringing better decision-making power to the front lines of medicine. The PhotoniCare team believes that decisions made at the front lines of care can have the largest impact on improving long-term patient outcomes and reducing unnecessary healthcare costs. For more information about PhotoniCare, visit www.photoni.care or connect with PhotoniCare on Facebook, Twitter, Instagram, and YouTube.

Innolitics is a software development and design firm that specializes in medical imaging applications. Their team of engineers brings additional experience with AI algorithms to the project. For more information about Innolitics, visit www.innolitics.com.

Carle combines clinical care, health insurance, research and academics in a way that solves real-world problems today with an eye toward the future. Based in Urbana, IL, The Carle Foundation is vertically integrated with more than 7,000 employees in its hospitals, physician group, health plan and associated healthcare businesses including the Carle Illinois College of Medicine, the world's first engineering-based medical school. The flagship Carle Foundation Hospital ranks as one of America's 50 Best Hospitals by HealthGrades and for more than 10 years has held Magnet® designation, the nation's highest honor for nursing care. The system includes the 433-bed Carle Foundation Hospital, a Level I Trauma Center, offering Level III perinatal services, the 24-bed critical access Carle Hoopeston Regional Health Center, the 118-bed Carle Richland Memorial Hospital and Carle Physician Group with more than 1,000 doctors and advanced practice providers.

The research reported in this press release is supported by the National Institute on Deafness and Other Communication Disorders (NIDCD) of the National Institutes of Health (NIH) under Award Number 1R43DC17422. The content is solely the responsibility of the authors and does not necessarily represent the official views of the NIH.

PhotoniCare is a medical device company developing a handheld, low-cost imaging platform for the front-lines of medicine.