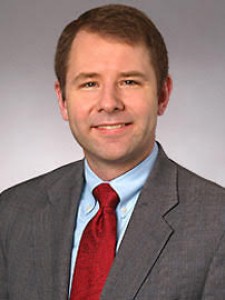 “I’m very excited to join Phore as Chief Executive Officer,” Trisko said. “I believe Phore has the capability to make a tremendous impact on the industry. The opportunities that lie ahead for Phore as we complete our next-generation architecture, decentralized applications and deliver complete blockchain solutions are enormous. I look forward to leading Phore’s next chapter and delivering the innovation and execution it will take to be successful.”

Trisko has led dozens of technology projects for organizations ranging from technology startups to some of the largest Fortune 500 companies. He has over 25 years of technology consulting experience in Deloitte Consulting’s IT Mergers and Acquisitions practice and, previously, in the technology consulting practices of PricewaterhouseCoopers, LLP and Andersen Consulting. Trisko has significant experience working in financial services, high tech and multiple other industries. His past consulting clients include HSBC, Bridgewater Associates, AIG, JP Morgan Invest, MetLife, Dell Technologies, Polycom, Affiliated Computer Services, United Airlines, Abbott Laboratories, Sysco, and the American Medical Association.

Trisko was also one of the founding members at Textura Corporation, a leading player in Construction Contracts and Payment Management cloud services. As Director of Applications and Systems, he led the development team during the initial design, creation, launch and expansion of its flagship Construction and Payment Management (CPM) solution. Textura went on to conduct a successful IPO in 2013 and was acquired by Oracle in 2016 for $663 million. Trisko is listed as an inventor on three software patents related to his innovative work at Textura, and he is intimately familiar with Distributed Ledger Technology (DLT), such as blockchain and cryptocurrencies.

“This is the perfect time for Mike Trisko to become Phore’s Chief Executive Officer. He is a strong leader with decades of relevant industry and technology experience,” said Thomas Ambler, Chief Operating Officer. “Mike has the ability to take Phore to the next level and beyond and has the full support of the team.”

“Many of the financial, tracking, and records systems in use today within banking, commerce, supply chain, and health care, to name only a few, are using technology that is decades old in some cases,” said Chairman Anthony Alleyne. “Countless industries, countries and communities will be transformed with more efficient, accurate and trustworthy systems, powered by distributed ledger technology. Mike’s vision, strategy and execution track record is exactly what Phore needs to lead us into the future in this highly competitive and rapidly growing arena.”

About Phore Blockchain: Phore’s mission is to establish and grow free to low-cost decentralized commerce on a global scale by enabling the transfer of value across a scalable, secure ecosystem. The platform supports a variety of applications, ventures and a growing range of capabilities, including reliable and fast transactions that are either transparent or private, rewards for network participation, a decentralized marketplace and programmable smart contracts. Phore Blockchain also offers custom blockchain development services for B2B clients. Learn more at https://phore.io.