Phoenix RnD is driven to develop a propulsion system and spacecraft that can be mass-produced at low cost. 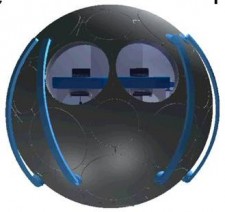 CHELTENHAM, England, September 18, 2017 (Newswire.com) - Phoenix RnD Ltd., is pleased to announce their crowdfunding campaign to raise funding to complete the build of the company’s first full-scale infinite linear drive propulsion system. The goal is to complete and demonstrate this new concept propulsion system by the second half of 2018, while continuing a concept design of a possible ultra-low-cost reusable future spacecraft that would not rely on the traditional rocket concept propulsion.

Mike Scott, CEO of Phoenix RnD, started the Phoenix project in 1975, but technology of the day lacked the computing power to design and build. It was in the late 1990s before the project archived any headway and was officially incorporated into Phoenix RnD in 2011. While the government does not endorse any private sector projects, the company was recently granted EIS and SEIS advanced assurance status from the United Kingdom government HMRC (tax credit for UK investors). For the next phase of the project to start, the propulsion system and the energy system must be finalized.

The Phoenix project aims to complete construction of the full-scale production prototype within six to 12 months after many years of research and development and six half scale prototypes have been already built and tested. The company has also created a suite of sophisticated computer tools for specialist calculations and simulations. Phoenix RnD is now ready to build the full-scale prototype and see it fly.

"If you look hard enough there is always a simpler way," explains Scott. "In this decade, space technology is moving from government-driven to industry-driven, and it is industry that is driven to innovate. With the new propulsion system, named the Infinite Linear Drive, the concept of vessel design, build, and use can change dramatically."

Scott goes on to explain that while a traditional space shuttle costs $1.7 billion to build and the latest in the private sector from SpaceX Corp. costs $1 billion, the Phoenix IP vessel is expected to be in the low millions. It will offer constant acceleration, providing not only unheard-of speed, but a 1g artificial gravity. This alone, Scott believes, will create previously unimaginable cost reductions.

While cost comparison is not a constant, Scott notes, this simple example illustrates the sort of cost differences that this concept propulsion system is expected to realize. He goes on to explain that while NASA spent $19 million for a Zero-G WC for the ISS, the Phoenix IP craft has artificial gravity so the Zero-G problems and their astronomical cost would vanish. The WC for a Phoenix will be under £5,000.

To learn more and contribute to the crowdfunding campaign, visit ThePhoenix.online.

About Phoenix RnD Ltd.
Phoenix RnD is driven to develop a propulsion system and spacecraft that can be mass-produced at low cost. The company is launching a crowdfunding campaign as well as looking for investor/s to help fund completing the build of the company's first full-scale infinite linear drive propulsion system, which would be utilized in the spacecraft. For more information, visit ThePhoenix.online.

New concept Space propulsion R&D and concept designs of potential future space craft that would use it.