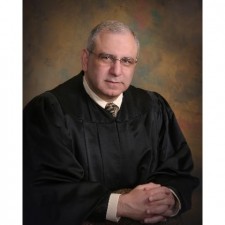 Pelham, AL, February 13, 2018 (Newswire.com) - Former Judge Phillip Bahakel qualified on January 11, 2018 as a Republican candidate for the judgeship held by Shelby County’s beloved Judge Conwill who will be retiring.  Judge Bahakel was admitted to the Bar in 1981 and has previously served the citizens of Alabama six years as a Judge. Judge Bahakel graduated college at the University of Alabama and law school at Cumberland School of Law.

Aside from raising 2 daughters, including one with special needs, Judge Bahakel has demonstrated care, empathy, and concern for those he has helped as an attorney and for the people that came before him while serving the community as a Judge.

Judge Bahakel was raised to respect others and has demonstrated a strong work ethic both in private practice as a lawyer and while serving the people of Alabama as a Judge.

Judge Bahakel is committed to serving Shelby County and the State of Alabama. As a Judge, he understood the importance of providing litigants their day in court as quickly as possible. As a Judge, he listened to the facts and followed the law.  Judge Bahakel does not believe in legislating from the bench.

Judge Bahakel is not accepting financial contributions for his campaign, however, Judge Bahakel is asking for your vote and assistance in getting the vote out for him in the Shelby County Republican primary on June 5, 2018.   If you wish to help in the campaign to elect Judge Bahakel, please call 205-987-8787.