An Alliance of Associations, Corporations, Veterinarians, Philanthropists and Volunteers Saving Animals Around the Globe 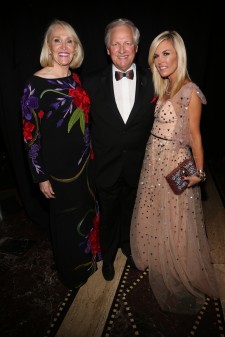 WATER MILL, N.Y., October 22, 2018 (Newswire.com) - Naomi Judd, Tinsley Mortimer of the New York Housewives, and Co-Hosts David Frei, Westminster Co-Host for 27 years and currently the Co-Host of the National Dog Show seen annually by 30 million viewers, and Jewel Morris, CEO and Founder of the Pet Philanthropy Circle, greeted an audience and honorees who traveled from around the world to celebrate the dedication and commitment of this year’s Pet Hero Award winners. The focus of this year’s gala was preventing the 2.7 million pets that are killed each year in kill shelters, the 20 million killed in China, and how Soi Dog Foundation, this year’s People’s Choice Animal Welfare Organization of the Year has virtually eliminated the meat market trade in Thailand. Jeffrey Beri, CO-Founder of No Dogs Left Behind, the International Rescue Organization of the Year, described a few of the life-threatening experiences of preventing the 20 million pets killed in China each year.

Morris, also Founder of the Pet Hero Awards, shared the challenges local rescues and no-kill shelters face in pulling animals out of kill-shelters here in America. Morris and Dr. John De Young, President of the American Veterinary Medical Association (91,000 members strong), the winner of the Animal Health Organization, are partnering to encourage veterinarians to provide at least three free spay and neuter operations to local rescues each year. Pet overpopulation is the main reason so many healthy, adoptable pets are killed each year.

The Zoetis Corporation accepted the Corporation of the Year Award for their unprecedented generosity in providing free vaccines to vetted rescue groups involved in transporting animals out of Texas, Louisiana and Puerto Rico.  By providing free vaccines, they prevented diseases from spreading throughout the United States during the hurricane relief evacuation programs.  Bravo Zoetis!

The Irwin Family; Terri, Bindi and Robert Irwin, Inaugural Humanitarian Family of the Year, championed the cause of protecting wildlife in their acceptance speech.  Fido Fixers, the South Fork Natural History Museum and Nature Center and Storm, the Golden Retriever that rescued a drowning fawn from Long Island Sound and whose inspiring video reached over 19 million people, were present to accept their awards.

A special thanks to Alex Donner Orchestra, London Jewelers, SiriusXM, the Park Lane Hotel, Designs by Mark Masone, and FiOS 1 News.  The EVENT WILL BE BROADCAST ON FiOS1 NEWS, CHANNEL 501, ON NOVEMBER 8TH AT 9:00 PM. 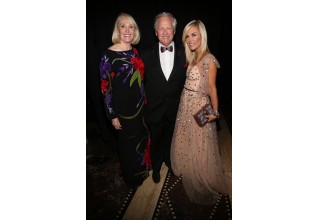 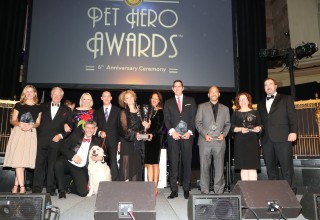 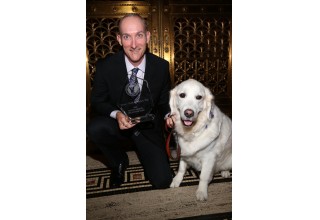