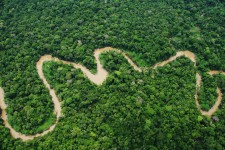 WASHINGTON, January 11, 2018 (Newswire.com) - The Andes Amazon Fund celebrates the creation of Yaguas National Park, established today by the Peruvian government. Located in the northern region of Loreto, Peru’s newest national park will safeguard 2,147,166 acres of rainforest and a vast river system with one of the richest fish faunas in the world.

The park’s creation is a key step in conserving the country’s biodiversity and protecting the ancestral lands of indigenous peoples. The Andes Amazon Fund will donate $1 million towards the goal of implementing the park and to providing social development opportunities for indigenous communities near Yaguas National Park.

Over the past 20 years, this area has faced increasing pressures from illegal logging and mining interests. During the categorization process, many indigenous communities expressed their concern over these threats and pledged their support for the national park. “The mountain of our ancestors has to be a national park because it is a sacred place,” explained Eriberto Jiménez Hilorio, president of the Indigenous Federation of the Border Communities of Putumayo.

The communities in support of the park recognize the area’s value as a breeding ground for many important species. Pioneering scientific work by the Field Museum of Chicago and Peruvian scientific counterparts revealed that the diverse Yaguas watershed includes a large number of unique aquatic environments that contain more types of freshwater fish than anywhere else in the country - approximately 550 species.

Communities that live downstream depend on these fish stocks as a source of protein, as 77 percent of the rural population in Loreto consumes fish daily. Yaguas National Park also protects important threatened wildlife such as giant otters, woolly monkeys, Amazonian river dolphins and manatees.

Conservationist Dr. Adrian Forsyth, executive director of the Andes Amazon Fund, said, “A national park of this size and significance can only be created with a long-term, multi-faceted collaboration between civil society organizations, local peoples and government agencies each fulfilling a key role.”

The Andes Amazon Fund supported the work of three organizations in the alliance known as Vamos Yaguas Parque Nacional that were instrumental in establishing Yaguas National Park: Instituto del Bien Común (IBC), Sociedad Peruana de Derecho Ambiental (SPDA) and the Conservation Strategy Fund (CSF). These organizations worked alongside the Peruvian Ministry of Environment, the Ministry of Culture, the Peruvian Protected Area Service (SERNANP) and the many communities in favor of the park and in coordination with the Gordon and Betty Moore Foundation, the Field Museum, Frankfurt Zoological Society, and others.

Andes Amazon Fund Program Director Enrique Ortiz stated, “As a Peruvian conservationist, I am proud that with the creation of Yaguas National Park, Peru continues on the path of creating one of the most amazing park systems in the world. This park is as large as Yellowstone National Park and probably 10 times as diverse.” 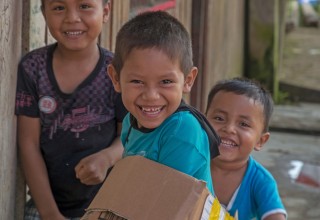 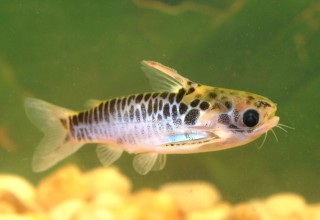 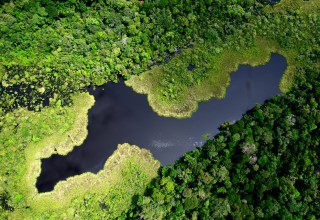 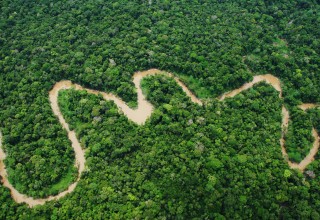