Ask Formerly Served in the United States Navy as an Aviator 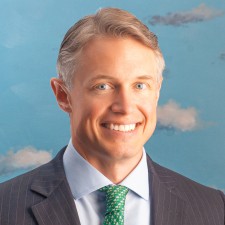 In his new role, Ask will be responsible for identifying and developing new business opportunities, generating new client relationships, representing the company in the community and contributing to the strategic growth of Pennsylvania Trust.

In addition, Ask served in the United States Navy for nine years as a Naval Flight Officer. From 2004 to 2010, he served as a Maritime Patrol and Reconnaissance Aircraft Mission Commander, leading a 12-person team on P-3C aircraft that conducted worldwide operations in intelligence, surveillance, reconnaissance, counter-drug and anti-submarine warfare. In 2010, Ask began serving as a Fleet Replacement Squadron Instructor, providing weapons and tactics instruction. Ask concluded his service in the U.S. Navy as a Lieutenant, and in 2013, he moved to Philadelphia with his family. The Philadelphia Business Journal named Ask a “Veteran of Influence” in its recent list.

“James’ deep knowledge of business development, coupled with his ability to establish strong client relationships, makes him a valuable asset to Pennsylvania Trust,” said George C. McFarland, Jr., President and CEO at Pennsylvania Trust. “We are also incredibly proud of James’ achievements in the U.S. Navy and know that his background will bring a unique and unmatched skill set to the firm.”

Ask earned his B.S. in political science from the United States Naval Academy in 2004 and his MBA from the University of Florida in 2012.

Ask currently resides in Rosemont with his wife and three children.