HOLLYWOOD, Calif., August 25, 2017 (Newswire.com) - Los Angeles restaurateurs Joshua Kopel and Diana Yin are launching a full rebrand of their concepts at the former Royal space at 6541 Hollywood Boulevard. Royal will reclaim its original name, Five0Four, and Peaches Smokehouse & Southern Kitchen will be replacing the previous Bastard Son concept. A grand opening event with free snacks and cool giveaways is scheduled on Aug. 28, 2017 from 6-9 p.m.

“Royal had a good run, but Five0Four was a staple in the Hollywood bar scene for years,“ explains Kopel, who also owns Preux & Proper, the beautifully designed restaurant in downtown LA featuring modern Southern cuisine. “We wanted to give our customers the Five0Four experience that many were nostalgic for.”

With the Five0Four rebrand, it gave us an opportunity to rethink our strategy. Bastard Son was a lot of fun, but why not return both of our concepts back to roots? Peaches has a loyal following of customers who for years have been asking when we'll open a brick-and-mortar location. This whole rebrand is about giving our customers what they want.

Five0Four is the area code for New Orleans, a nod to Kopel’s Louisiana upbringing.

“With the Five0Four rebrand, it gave us an opportunity to rethink our strategy,” says Yin, who has been independently operating Bastard Son out of the Royal kitchen. “Bastard Son was a lot of fun, but why not return both of our concepts back to roots? Peaches has a loyal following of customers who for years have been asking when we’ll open a brick-and-mortar location. This whole rebrand is about giving our customers what they want.”

Executive chef Juan Chestang continues to lead the kitchen in the updated Hollywood space, as well as oversee culinary operations of the Peaches food truck.

“We are keeping some of our most popular menu items with some very minor tweaks, but also adding some new dishes that have been really popular in Hollywood,” says Chestang, who has been with Peaches since its inception in 2013. “You can expect the same quality and made-from-scratch approach at both locations with the updated menus. This launch is about taking Peaches to the next level.”

Peaches is a BBQ and Southern comfort food concept that operates independently inside Five0Four in Hollywood. With an emphasis in from-scratch cooking, Peaches is inspired by the cuisine of the Carolinas and Georgia, hence the name. Peaches is owned by Diana Yin, who is also co-owner of Poppy + Rose (downtown LA). Executive chef Juan Chestang oversees culinary operations at both the Hollywood brick-and-mortar, as well as its LA-based food truck by the same name. Website: www.peachessmokehouse.com

Seated in the heart of Hollywood, Five0Four exists to bridge the gap between New Orleans and Los Angeles. The scenic patio bar transports revelers to the French Quarter complete with frozen daiquiris, Hurricanes, and Cyclones. They also offer new twists on old favorites including house-made Watermelon Moonshine punchbowls and the Redneck Riviera, a 100-year-old punch recipe served in a pineapple. Five0Four is the brainchild of Joshua Kopel, owner of Preux & Proper (DTLA). Website: http://Five0FourHollywood.com 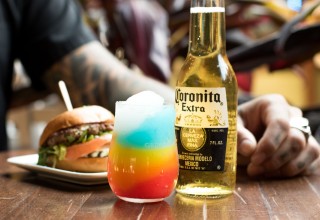 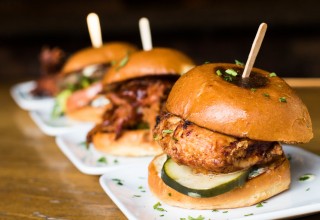 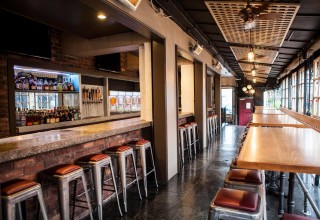 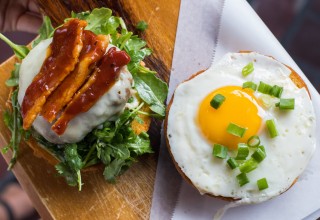