Tim Townsend, Currently General Counsel of the National Christian Foundation, Has Been Elected to Serve as the Next President of the PCA Foundation 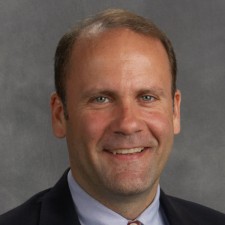 LAWRENCEVILLE, Ga., March 5, 2019 (Newswire.com) - At their meeting on March 1, the board of directors at the PCA Foundation elected Tim Townsend to serve as its next president. Townsend has served as general counsel for the National Christian Foundation for the past 13 years. He will assume his new duties on July 1, 2019, after the 47th General Assembly. Townsend will replace outgoing President Randy Stair who announced at the board’s August 2018 meeting his plan to retire effective June 30, 2019.

"We are excited to have Tim serve as our next president. He seems to be just the man we need to follow in Randy’s footsteps,” according to Willis Frazer, chairman of the board of directors for the PCA Foundation. “His recommendations from colleagues and Christian brothers have been powerful. Not only were we impressed by his legal acumen, but also by his love for the Lord and the reformed faith.”

Born in Michigan, Townsend is the son of a minister. Tim graduated from Bob Jones University in 1987 with a degree in accounting and earned a J.D. degree from the University of Michigan School of Law in 1990. After serving as a law clerk for the late Wendell A. Miles of the United States District Court for the Western District of Michigan for a year following graduation, he served with the law firm of Wendell Bird in Atlanta, representing primarily tax-exempt organizations. He later served as a founding principal of Myers, Townsend, and McKee, where his clients included multiple PCA agencies and Perimeter Ministries.

Since 2006, Tim has served on the executive team of the National Christian Foundation where he has helped protect their tax-exempt status while also providing counsel regarding complex gifts. He comes to the PCA Foundation with recommendation and acclamation from multiple church and philanthropy leaders.

"I am humbled and honored by the church’s call to build on the stable foundation Randy Stair has painstakingly laid. The work of the PCA Foundation has legal, financial and developmental components that the Lord has prepared me by education and experience to perform. But it is primarily spiritual, the work of the church under Christ’s authority, for His glory and to build and reveal His kingdom. So, I ask brothers and sisters in the PCA to pray with me over the coming months to acknowledge God’s direction of this work and ask for His continued favor on it.”

Teaching Elder Martin Wagner of Evangel Presbytery served on the search committee that nominated Tim Townsend for the position. According to Martin, “We clearly felt that we needed someone who not only builds on the sound reputation and the solid financial base already laid but someone who could also accelerate growth with a new generation of donors. We think Tim is a perfect fit for our next president.”

Tim and his wife Rosalie are parents to four adult children and are active members of Westminster Presbyterian Church in Atlanta where he serves as a ruling elder.

About the PCA Foundation

The Presbyterian Church in America Foundation (PCAF) facilitates generosity to advance God’s Kingdom. Located in Lawrenceville, Georgia, the mission of the PCA Foundation is to provide charitable financial services to Christians, enabling them to carry out their stewardship responsibilities and charitable desires to financially support the Kingdom of Jesus Christ through the Presbyterian Church in America and other Christian ministries.