Paying Forward the Help He Received in His Time of Need

For one Volunteer Minister in Indonesia, helping others cope with disaster has become a way of life. 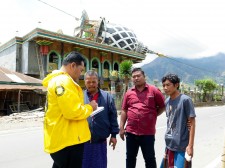 LOMBOK, Indonesia, July 11, 2019 (Newswire.com) - It is nearly a year since the world’s attention focused on Lombok—an island paradise east of Bali that lies between the Indian Ocean and the Java Sea. But it wasn’t its pristine beaches, lush forests or spectacular volcanic peaks that attracted this notice. It was a series of earthquakes and a tsunami, which damaged or destroyed 80 percent of North Lombok structures, killing more than 500 and leaving some 417,000 displaced.

Disaster is a fact of life in Indonesia. Located on three active tectonic plates in a region known as the Pacific Ring of Fire, it has more active volcanoes than any other nation. Add to that its typhoon season that lasts at least five months each year and disasters are nearly a daily occurrence.

To Volunteer Minister Aabdi Surbakti, Lombok held an additional significance. Aabdi began his calling in the aftermath of the 2004 Indian Ocean tsunami. The skills he learned in those tragic days have informed his life ever since.

He was part of the team that went to Banda Aceh, where the death toll was more than 230,000. There, he learned Scientology and Dianetics techniques to help people overcome the loss and trauma they experienced. Seeing the impact these techniques had on the lives of those he helped ignited his passion to make disaster response a part of his life going forward.

Aabdi makes a special effort to provide help to the children, who experience tremendous impact from these disasters. So after the initial disaster response where he concentrated on distributing food, water and supplies, he visited 42 schools in Lombok, where he helped the children using Scientology assists—techniques developed by Scientology Founder L. Ron Hubbard that help restore communication, bring the person out of past stressful incidents into the present, and relieve the emotional and spiritual impact of the traumatic experience.

The results were dramatic. In a matter of minutes, the children rebounded and were cheerful, outgoing and excited about their new skills.

His purpose was twofold. By training the children on assist techniques he could also extend the impact of his outreach beyond the walls of the school, with the children using assists to help their friends, parents and siblings.

To reach as many people as possible, Aabdi trained local Scouts and formed four new Volunteer Ministers groups, who can provide training and help to their communities in the coming months and years. 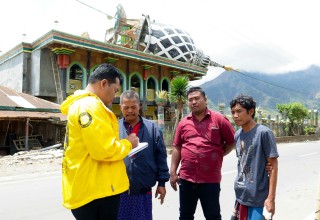 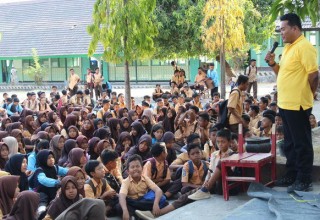 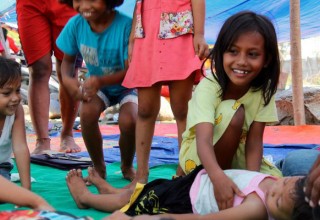 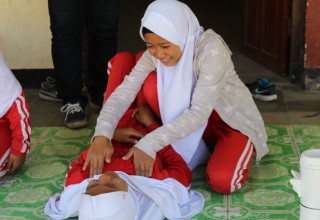 Scientology Volunteer Ministers: Supporting Kids as They Start a New School Year Online
Volunteers from the Church of Scientology Seattle help local kids get a great start to the new school year, virtually, through their participation in the 7th annual backpack and school supplies drive sponsored by Interfaith Ministries of Greater Queen Anne.
Scientology - Aug 4, 2020
Newswire