Let Spora Biotech introduce you to a new era of textiles made from mushrooms. 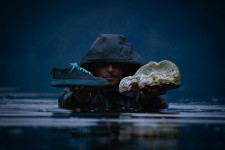 NEW YORK, June 10, 2022 (Newswire.com) - Spora has assembled a deep bench of talent to help them revolutionize how we think about fabric. With an advisory board that includes Hap Klopp Founder & CEO of The North Face and JP Morgan's former CFO of Global Emerging Markets, Antonio Gil-Nievas, Spora is gearing up to release their mycotextile Sporatex to the world. And by partnering with some of the largest names in international fashion, apparel and furniture, they have multiple avenues to put their material to work.

With their origins in Chile, and a presence in the United States, Europe, and Latin America, Spora´s brand consortium is already in place to launch globally.

"Spora's ideas and products are disrupting the entire apparel and leather industry and represent the vanguard of the Circular Economy for the apparel industry world round."

Founder and CEO of The North Face

The startup is closing a $10 million round with a focus on continuing the globalization of the brand and testing production facilities around the world. In order to plant the foundations for the upcoming mega-round, where Antonio is playing a huge role partnering with high ticket players.

Spora's mission to develop their mycelium platform goes beyond mycotextile replacing leather, Sporatex. The thesis of each commercial application has three fundamentals to different categories of consumer benefits (1) Biodiscovery of new fungal species in highly biodiverse regions of the world, (2) cultural mysticism with a positive impact on communities in every territory they visit, (3) state of the art technology with nanotechnology and CRISPR/Cas.

In less than 15 months the team has done 3 expeditions, two in the Amazon Rain Forest and one, the most recent, in Patagonia. Combined, the expeditions are helping in the conservation of biodiversity of more than 70 fungal species, and they have discovered more than a dozen new species of fungi. This will lead to never seen material traits, look, feel and touch in final products.

Spora's end-to-end approach to producing Sporatex, from wild performance strains of fungus to sustainable nanotechnology enhancements in post-harvest processes, is the world's first patent application of its kind. This development plays a small but key milestone in the race to mitigate the climate crisis, thus the carbon footprint of the next 10 years will determine the path of climate change for the next 100 years, and the next 100 years will determine the fate of the 1,000 years to come.