Announcing the launch of the infant school at Parkland Children's Academy. The opening of the infant care program accommodates parents with caring for children who are not of school going age. The program is designed for younger children, and the school's reputation, along with its experienced teachers, guarantees that infants and toddlers will get the best possible care in their formative years.

PARKLAND, Fla., March 20, 2018 (Newswire.com) - After four years of providing high-quality preschool education for children, Parkland Children’s Academy is proud to announce the opening of the infant care program. Opening its doors to a slightly younger crowd of newcomers on January 29, 2018, children between six weeks and 24 months old are now able to attend Parkland Children’s Academy. For working parents who need more time on their hands, the excellent facilitates for infant child care mean that children are well-looked after, safe, and engaging in fun activities and interacting with other children.

One of the many benefits of sending children to the infant school is that there is less exposure to older children, which means that there is less exposure to illness. Parents won't have to worry about taking time off of work; as children will be less likely to pick up something at school. Another advantage of the schooling system is the individualized care that is offered, with a 4 to 1 ratio, as well as guaranteed peace of mind with camera access, class DOJO app and experienced preschool teachers who are well-trained in dealing with numerous situations.

We discovered that many parents who have been with us from the start are now having a second or third child. We wanted to give them the opportunity to provide their child with the same benefits their older children received but starting at a younger age.

Activities for infants include music and movement class, as well as a creative preschool curriculum that allows children to express themselves while being introduced to a schedule program. The classes are kept small, with the school accepting a maximum capacity of 30 infants. This allows children to get the attention and personalized care needed while being able to interact with other children in a calm and fun environment. “We discovered that many parents who have been with us from the start are now having a second or third child,” says school director Donna Morgan. “We wanted to give them the opportunity to provide their child with the same benefits their older children received but starting at a younger age.”

For more information about the program, places available and what Parkland Children’s Academy has to offer parents and the child, call 954-688-5877. 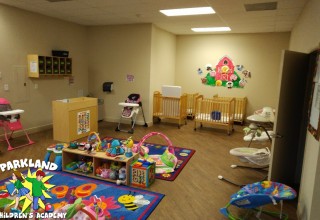 Parkland's Children Academy is a reviewed and recommended preschool that offers the fundamentals to enhance learning, safety, health and development for your child while allowing them to do what kids do best - have fun. 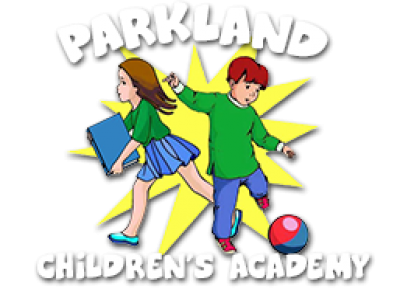