Paris Appreciation Awards on Top of the Eiffel Tower 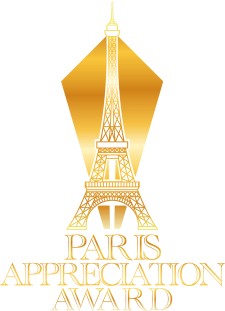 Mumbai, India, May 31, 2017 (Newswire.com) - The Eiffel Tower is gearing up to usher in the Paris Appreciation Awards, which are slated to be launched on July 8, 2017. The awards program is being touted as a historic event of global reach and significance.

An initiative of World News Network, the Paris Appreciation Awards Ceremony is all set to essay an unprecedented exhibition of entrepreneurial success stories across a gamut of industries, viz., pharmaceuticals, aviation, fashion, cosmetic, e-commerce, manufacturing, FMCG, real estate, jewelry, BFSI, and so on. The Eiffel Tower, in all its glory, will bear testimony to the clash of the titans for the coveted awards and the felicitation of the most innovative and inspiring entrepreneurs across the globe.

Satish Reddy, who is the President of the French European Indian Organizations and the Managing Director of World News Network, is at the helm of this global extravaganza. This initiative is being endorsed by Queen Munni Ironie of Arts 4 Peace Awards, Beverly Hills, USA.

It is only befitting that Paris, the seat of culture and couture, will be hosting this spectacular awards program and a star-studded fashion show, with an extensive international media coverage. Thereby, the ceremony will not just be the talk of the town but will make waves globally. It is expected to hog the limelight both before and after the main event. The winners from India, France, Middle East, Europe, United States and other countries are likely to get a lot of mileage out of this highly publicized global phenomenon.

Satish Reddy, who is the President of the French European Indian Organizations and the Managing Director of World News Network, is at the helm of this global extravaganza. This initiative is being endorsed by Queen Munni Ironie of Arts 4 Peace Awards, Beverly Hills, USA.

These organizations aim to promote entrepreneurship and industrial growth through strategic global collaborations as a stepping stone to a nation's economic development. Being a superpower, the United States has a pivotal role in enabling economic growth. India, which is an emerging national economy and a member of BRICS, is focused on finding a level footing in the global arena.

This high-profile event will be graced by a host of esteemed dignitaries and celebrities from across the world. To name a few: Robby Wells, a U.S. presidential candidate for the Democratic Party; Consuls General (Ms. Pinkey Ahluwalia, Vice Consul General of Belgium) or Ambassadors of various countries; Ashish Chauhan, the Managing Director of the Bombay Stock Exchange; Anurag Kashyap, a renowned filmmaker; Dr. B.K. Modi of the Modi Group and also a well-known philanthropist; heads of organizations like Google; Hollywood celebrities and socialites; the top Fashion Weeks of the world; mayors and senators; top brands; French and Indian actors; Naypadmasagar Maharaj, the Jain Spiritual Guru; Indian Bullion & Jewelry Association; and many more.

In India, promotional campaigns for the Paris Appreciation Awards 2017 are to be micro-managed in various cities like Mumbai, Pune, Delhi-NCR, Bengaluru, Chennai, Hyderabad, Vijayawada, Ahmedabad, Surat, Baroda, Indore, Kochi, Chandigarh, Dehradun, Lucknow, Bhubaneswar, Kolkata, etc. Brands from each of these cities would compete in their category with their competitors from India and abroad as they vie for glory and fame on July 8th, 2017.