"A national survey of this nature is critical for us to begin to understand what matters most to our Portuguese-American communities," said Angela Simões, PALCUS Chairwoman of the Board of Directors.  "This survey seeks to answer questions such as why or why not are people involved in the Portuguese community; what kind of events or new activities do they want to see in their community; how often do they travel to Portugal; are they using Portuguese in their jobs?  These are questions that have never really been asked before, and knowing this information will help all of our organizations plan for the future."

The PALCUS Index will collect data on a regular basis measuring trends over time and thereby providing insights into how to maintain strong engagement with the Portuguese-American community. Data will be made available, upon formal request of PALCUS, to community organizations, academic researchers, as well as other relevant stakeholders and institutions in the United States, Portugal, and other countries.

“There is a dearth of data about Portuguese-Americans, and when PALCUS Chairwoman, Angela Simoes, approached me with the idea of a project that involved ongoing collection of data on our people in the US, I immediately threw my hat into the ring,” said Dr. Dulce Maria Scott, professor of Sociology at Anderson University and PALCUS research consultant.

“Other than the socioeconomic and demographic profile provided by the US Census Bureau, there is little data available about Portuguese immigrants and their American-born descendants in the US. Further, the Census Bureau data does not distinguish between the various generations in the US. Thus, a major advantage of a survey of this nature is that it permits to gain insights into the paths of integration into US society undertaken by our people, who arrived in the US at different historical periods and settled in different regions of this vast country,” Dr. Scott added.

The survey respondents were most likely to be U.S. citizens, well-educated (some college or Bachelor’s Degree), and employed for wages in business or education professions with high levels of income.

“This first survey is exploratory, in the sense that it is based on a sample of convenience, which is not representative of the entire Portuguese-American population. Notwithstanding, combined with American Community Survey data, we have been able to provide an exciting and useful portrayal of Portuguese Americans that, when it comes to the demographic and socioeconomic variables, goes beyond the survey participants and into the entire Portuguese-American population,” Dr. Scott stated.

An example of significant findings is that political participation data revealed that 76.1% of respondents reported voting in U.S. elections regularly, but of eligible voters 84.7% have never voted in Portugal’s elections.

The PALCUS Index national survey was made possible in part through the financial support of the Institute for Portuguese and Lusophone World Studies at Rhode Island College, the Luso-American Development Foundation, the Portuguese-Fraternal Society of America, the Center for Portuguese Studies and Culture at University of Massachusetts – Dartmouth, and Anderson University.

The survey was designed and analyzed by Dr. Dulce Maria Scott, who authored the survey report made public today. The report was reviewed and approved by the PALCUS Survey Committee consisting of:

A PDF of the full version of the report can downloaded here.

PALCUS is a non-partisan, non-profit 501(c)(3) organization incorporated under the laws of the District of Columbia. Founded in 1991, its purpose is to provide a singular national voice that advocates for the interests of Portuguese-Americans in the United States. To learn more about PALCUS, visit www.palcus.org.

About PALCUS - Portuguese-American Leadership Council of the United States 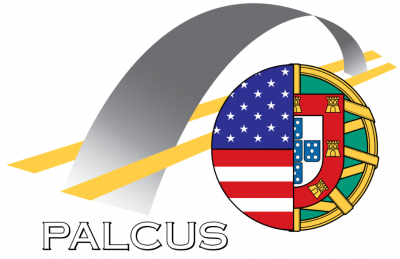