P.Z. Johns's New Book 'Wildfire' is a Science Fiction Novel of a Woman's Rebirth Through Enhanced Alien and Technological Upgrades

Recent release "Wildfire" from Newman Springs Publishing author P.Z. Johns is an action-packed story about a journey of a woman whose body is experimented on with military-grade and extraterrestrial weapons. 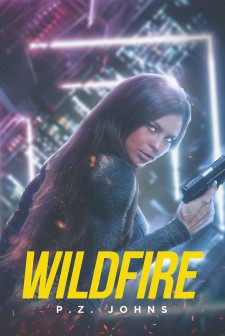 NEW YORK, July 2, 2020 (Newswire.com) - P.Z. Johns, a retired businessman and an avid science fiction enthusiast from Canada, has completed his new book “Wildfire”: a thrilling book of a woman codenamed Wildfire whose physical attributes are enhanced with alien and advanced technology and becomes a weapon against the otherworldly invaders.

Johns writes, “A woman is declared dead on arrival after an alien attack on a cargo space vessel, and her remains are used in a special military project. Doctors revive her and find a way to give her alien abilities. But she has no memory of her former self. She doesn’t even know her own name, but the doctors consider her a success. She has cutting-edge prosthetics that give her advanced motor skills, and she possesses telepathic abilities that lets her communicate with her mind. These alien traits, however, make her an outcast among humans, and she can only befriend a paramilitary psycho goth who has a fascination with sharp objects.

"The only tangible evidence to her past is a photograph of a woman and a horse. The photo is signed by her mom, but she recalls nothing about her mother. She only remembers the horse whose name is Wildfire. She discovers that finding herself is difficult, so she slowly creates a new self. She reasons that if the military plan is to turn her into a new weapon, she will give them more than what they bargained for. She changes her hair color to flaming red, puts on a black leather outfit, snaps a laser pistol to her side, and officially changes her name to Wildfire. While she is pleased with this change, she still wonders about a voice she hears in her head.

"That’s when the military comes knocking; it’s payback time. The aliens are advancing, having captured one army fort and now moving on to another. What’s more, someone is murdering the members of the medical team that transformed Wildfire. After a couple of victorious encounters against aliens, Wildfire teams up with a woman warrior named Akiko, who is trained in the Japanese samurai tradition. Through a tech-savvy friend of Akiko’s, Wildfire also learns that her built-in equipment includes a ‘kill switch.’ Her military designers reasoned that as she is a powerful tactical weapon, they need a way to shut her down if she runs amok.

"She is asked to gain intelligence on the alien advance, so Wildfire and Akiko decide to go directly to the alien headquarters located in the mouth of a volcano. That’s when all hell breaks loose.”

Published by Newman Springs Publishing, P.Z. Johns’s enthralling tale follows a woman whose life is drastically upturned in a time of great technological advancement and a perilous alien conquest.

Readers who wish to experience this mesmerizing work can purchase “Wildfire” at bookstores everywhere, or online at the Apple iBooks Store, Amazon, or Barnes & Noble.

Author B. L. Letourneau's New Book 'The Prophecy: The Blood War Over Humanity' is the Thrilling Opening Chapter of a Supernatural Tale About the War to Save Humanity
Recent release 'The Prophecy: The Blood War Over Humanity' from Newman Springs Publishing author B. L. Letourneau is the story two immortal families, the DeWitt family and the Dubois family, entwined in the bloody battle over the fate of humanity.
Newman Springs Publishing - Aug 6, 2020