Over 130,000 US Toddlers and Children Aged 0-5 Are Prescribed Addictive 'Anti-Anxiety' Drugs 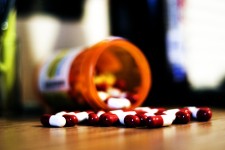 LOS ANGELES, October 17, 2017 (Newswire.com) - More than 130,000 children, including 39,000 infants and toddlers, are being prescribed anti-anxiety drugs that are so addictive, the Food and Drug Administration (FDA) warns they should not be prescribed for longer than a few weeks. Mental health watchdog Citizens Commission on Human Rights (CCHR) International obtained the statistics from IMS health, a drug market research firm which also revealed that of this figure, over 98,000 two- to five-year-olds were prescribed the sedative-hypnotic drugs. There has been a nearly 300 percent increase in the drugs prescribed babies and toddlers under the age of two since 2003.[1]

The class of drugs is called benzodiazepines, also known as “benzos,” “sedatives” and “tranquilizers” and has limited approval for the pediatric population for pre-anesthesia. Diazepam has been approved for pediatric use in children with epilepsy. The FDA has also indicated they can be used to treat insomnia and seizures.[2] The drugs are also combined with opioids for operations or for prolonged sedation in intensive care.

According to Psychiatric Drugs in Children and Adolescents Basic Pharmacology and Practical Applications, benzos have “not shown efficacy in anxiety disorders in double-blind placebo-controlled trials in children and adolescents.”[3] The Johns Hopkins Psychiatry Guide for benzodiazepines also says that safety of many of them has not been established in children.[4] However, at least one benzo, lorazepam, is FDA-approved for treatment of anxiety in those aged 12 and older.[5]

None of this explains how nearly 40,000 infants and toddlers can be prescribed such potentially addictive drugs, CCHR says. Indeed, a Psychology Today article in 2009 stated, “It is considered unwise to subject children to the potential for getting caught in the addictive grip of these drugs.”

Dr. David Sack, board certified in addiction medicine, says, “Tolerance and dependence can develop quickly. There have been reports of people who received high doses of benzodiazepines becoming physically dependent in as little as two days.”[6]

From Prescription to Addiction

All benzodiazepines are listed as Drug Enforcement Administration (DEA) schedule IV controlled substances because of the potential for abuse, addiction and diversion.[7]

According to the Substance Abuse and Mental Health Services Administration (SAMHSA), 20 percent of users said they first abused benzodiazepines when they were aged 15 to 17.[8] Between 2007 and 2012, there was a 62.8 percent increase in admittance to a rehabilitation center for benzodiazepine addiction for all age groups.[9] An estimated 10 to 25 percent of longtime users are dependent on them[10] and about 60 percent of people with “benzo” prescriptions experience withdrawals or other adverse side effects from the drugs.[11]

Professor Malcolm Lader of the Institute of Psychiatry, King’s College, London, was interviewed for the 2016 documentary, “Benzodiazepine Medical Disaster.” He said withdrawing from benzodiazepines is more difficult than getting off heroin.[12]

Professor Heather Ashton, a leading authority on benzodiazepine withdrawal in the United Kingdom, described the range of withdrawal symptoms, including nightmares, increased anxiety, panic attacks, perceptual distortions, depersonalization, hallucinations, paranoid thoughts, rage, aggression, and irritability to name but a few.[13] In an article on protracted withdrawal symptoms, Dr. Ashton also says that in chronic users of the drugs, a “sizeable minority, perhaps 10 to 15 percent develop a ‘post-withdrawal syndrome,’ which may linger for months or even years.” The acute “pharmacological” benzodiazepine withdrawal syndrome is classically described as lasting 5 to 28 days, with a peak in severity around two weeks post-withdrawal, she said.[14]

The FDA also warns that quitting benzodiazepines abruptly can result in more than 40 withdrawal side effects, including headache, anxiety, tension, depression, insomnia, confusion, dizziness, de-realization and short-term memory loss. According to Dr. Harris Stratyner, vice chairman of the National Council on Alcoholism and Drug Dependence and a clinical associate professor of psychiatry at the Mount Sinai School of Medicine in Manhattan, 10 percent of people who quit abruptly may experience a “syndrome” of withdrawal symptoms that extend long after the drugs leave their bodies. This change can reverse, but for a small proportion of people, it can take months or years to recover.[15]

“The two most dangerous drugs to detox off of are benzos and alcohol,” said Dr. Stratyner.

Benzos are now among the top-prescribed psychiatric drugs in the United States. Nearly 50 million scripts for the more common types of benzos are written each year. However, according to IMS Health, benzo prescriptions increased from 80 million in 2006 to 94 million in 2013.[16]

Since 2000, there has been a 500 percent increase in the overdose death rate, with about 9,000 benzo-related deaths reported in 2015. Benzos are particularly lethal when combined with opioids, accounting for about 8,000 of these deaths, and around a third of all fatal overdoses involved some form of benzodiazepine.[18]

The Medical Examiners Commission of the Florida Department of Law Enforcement published a report in April 2017 that determined that in the first half of 2016, benzodiazepines caused 632 deaths, including 355 from alprazolam. Alprazolam was common as contributing to the cause of multi-drug deaths.[19]

SAMHSA’s latest statistics also reveal an average of 31 people per day aged 12 to 17 went to the emergency room for benzodiazepine abuse.[20]

By 2015, SAMHSA reported a massive estimated 1.1 million youths aged 12 to 17 (4.3 percent of all youths) had been past year users of tranquilizers, mostly benzodiazepines. [21] Tranquilizer is a broader drug classification that includes major tranquilizers, minor tranquilizers and others, also known as central nervous system depressants.[22]

Long-acting benzodiazepine agents are associated with accumulation which may result in sedation, cognitive impairment and psychomotor retardation. [24] Other side effects include a “paradoxical excitement and rage” that may occur in so-called hyperactive children.[25] Diazepam may create new or exacerbate existing behavior or mental problems, including hallucinations or sudden suspicions that are more common in children and the elderly.

In 1989, Isaac Marks, Consultant Psychiatrist at South London and Maudsley Hospital trust and former President of the British and European Associations of Behavior Therapy, published in the Archives of General Psychiatry a critique of then-recent reports about alprazolam and its “efficacy” in treating panic disorder (his quotation marks). Marks, with ten other eminent colleagues from comparable research institutes in France, Germany, England, Spain, Portugal, Brazil, and the States, drew yet more attention to “serious adverse effects” of the drug that only “become apparent later,” he asserted—long after most clinical trials had wrapped up. He also wrote of worrying signs of brain atrophy [shrinkage] among long-term benzodiazepine users, including “cerebral ventricular enlargement.”[26]

The drugs are often combined or prescribed with opioids. Dr. Sack, writing in Psychology Today in June 2017, warned that benzodiazepines are “the danger lurking in the shadow of opiates.” He noted that prescriptions for benzos more than tripled and fatal overdoses more than quadrupled between 1996 and 2013.

Dr. Sack says both opioids and benzodiazepines slow down body systems, particularly the respiratory and cardiovascular systems. Combining the drugs increases the effects of each exponentially, meaning that the body isn’t just processing two doses, it is processing more like three or four. This multi-dose cocktail can cause breathing to stop. [27]

According to a Medpage Today article in February 2014, the prescribing of benzos is also “deeply rooted in another document, the main guide that psychiatrists and other doctors use in diagnosing mental illness—the Diagnostic and Statistical Manual of Mental Disorders.” With the 1980 or third edition of the manual, psychiatrists introduced the diagnosis of generalized anxiety disorder. However, there are no medical tests that can confirm the diagnosis for which mind-altering drugs need to be prescribed.

Revisions to the manual, including an update in 2013, expanded that diagnosis, which, in turn, meant more people would be treated, said Allen Frances, MD, the former chair of psychiatry at Duke University. Frances also chaired the DSM panels that developed the fourth (1994) edition of DSM. That edition was mired in controversy as a study found significant financial ties between pharmaceutical companies and panel members who produced the DSM-IV. In the field of anxiety disorders, 81 percent of the panel members had financial connections to drug companies. Frances said that even small changes in the DSM could mean an additional 10 million patients getting psychiatric treatment.[28]

CCHR previously released figures it obtained from IMS Health that over 100,000 children age five or younger were prescribed antidepressants that carry FDA warnings of potentially causing suicidal behavior and suicide. Yet many more in the same age group are on highly addictive benzodiazepines, all of which requires a high priority government investigation and intervention, CCHR says. Insurance companies should also be alert to and report to authorities the high level of and long-term prescription of these drugs to children to help curb the potential for addiction.

As a nonprofit, CCHR relies on memberships and donations to carry out its mission and actions to curb psychotropic drug use in children and educate parents and families of the risks of psychotropic drugs in its Fight For Kinds campaign. Click here to support the cause. It has already been responsible for helping get over 180 laws enacted, including the 2004 Federal Child Medication Safety Amendment that prohibits schools from forcing children to take psychotropic drugs as a requisite for their education.

[8] Kaley Johnson, “From prescription to addiction: Abuse of anxiety medication is on the rise: More Americans are becoming hooked on drugs like (Alprazolam and Diazepam), especially young adults,” Missourian, 11 Dec. 2015, https://www.columbiamissourian.com/news/from-prescription-to-addiction-abuse-of-anxiety-medication-is-on/article_bdc750d0-8f06-11e5-98dd-e3045be1f81a.html

[10] We Need to Talk About Our Generation's (Alprazolam) Problem,” 23 Aug. 2017,  https://www.vice.com/en_us/article/evvama/we-need-to-talk-about-our-generations-xanax-problem

[13] Prof. C. Heather Ashton, DM, FRCP, “Benzodiazepines: How They Work and How to Withdraw,” Institute of Neuroscience, Newcastle University, Newcastle upon Tyne, 2002,  http://www.benzo.org.uk/manual/bzcha03.htm.

[18] We Need to Talk About Our Generation's (Alprazolam) Problem,” 23 Aug. 2017, https://www.vice.com/en_us/article/evvama/we-need-to-talk-about-our-generations-xanax-problem