The company announced an expansion with the release of new features that allow all users to earn money from their posts. The move is a bid to rival Facebook, Inc. and others, Outlit's CEO said, and to "democratize online content monetization and foster a new golden age of digital journalism and ideas."

WASHINGTON, May 16, 2019 (Newswire.com) - ​Outlit, the social media platform built for stories and news, announced the release of a new earnings platform, allowing anyone to earn money generated from their published posts on the site in a bid to "democratize content monetization" and pay its users, the company said today.

Outlit simplifies and expedites news and story discovery and discussion by letting users manage news and stories from many sources on one app, see what friends are reading and sharing, and engage with the community. The company’s announced expansion to include a first-of-its-kind earnings features now enables anyone to earn from their posts and stories on Outlit. Users who publish on Outlit, from individuals to the world’s largest publications, can track earnings from ad views and digital payments in their Outlit wallet in real time.

The move to release the new earnings features is in line with the company’s plans to rival Facebook, Inc. as the primary source for discovering news socially, according to a published statement detailing the new features from Outlit’s CEO and co-founder, Lucien Zeigler. Outlit’s launch marks the creation of “the first social information marketplace that serves as a level playing field for all creators and publishers to compete for views and readership, where content is the product, not users,” Zeigler said.

“With the release of these features enabling anyone to publish and earn, we are flipping the typical business model for social media companies on its head,” Zeigler said. “This should be the golden age of journalism and storytelling, but writers, bloggers and even publishers aren’t earning enough -- if at all. We know the problem is that, on other social media sites, YOU are the product. "Today, we are releasing new and powerful features that enable Outlit users and publishers who contribute value to actually earn from it.”

Zeigler said Outlit has surged in user growth, published stories and other activity on the site in recent months. The growth is attributable to “frustrations and scandals that have plagued other social media sites, especially Facebook, Inc.,” which Zeigler said were built “to stay in touch with friends, not become the world's primary news source.”

Now that Facebook says it is focusing less on news in the wake of numerous troubling developments in recent months, the market is wide open for Outlit to grow as a news source, Zeigler said, "because Outlit was built specifically for the purpose of expediting news discovery and discussion."

Outlit was founded in 2014 as the first digital news reader in the United States to enable users to read full stories ad-free with digital micropayments and subscriptions from select sources. The company released its social networking platform in 2016, keeping the micropayments economy in place while adding new access options, community-driven aggregation, and the ability to read and share stories with friends.

“The ability for bloggers to easily create content -- and earn from it -- is the game-changer with Outlit,” William Treadway, co-founder, said, “The internet has supposedly democratized the written word, allowing anyone to have their voices heard. With Outlit, not only can they be heard and grow their reach, now they potentially earn a living for their work.”

The company said it will start engaging in partnerships with publishers in June, offering media companies the opportunity to instantly syndicate content on the platform and earn from every reader and viewer with native stories on Outlit and use the platform to add to their bottom line. “But the focus for us at Outlit right now is to empower bloggers, individual voices, journalists and anyone with something to contribute to use Outlit to reach new audiences and monetize their content,” Zeigler said.

Outlit is a new app and social media site built for digital news discovery and discussion. Outlit’s new features, released today, allow anyone who posts and publishes on Outlit to get paid and earn money from their content, stories, and posts. Outlit was founded in 2014 by Lucien Zeigler, William Treadway, Christian Zeigler, and Sam Clarke, and is based in Washington, D.C. 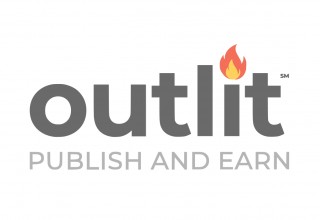 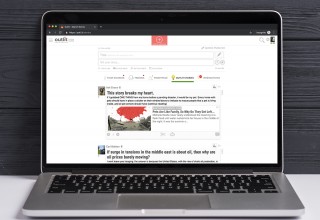 Outlit is a new app and social media site built for digital news discovery and discussion. Outlit's newest features allow anyone who posts and publishes on Outlit to get paid and earn money from their content, stories, and posts.