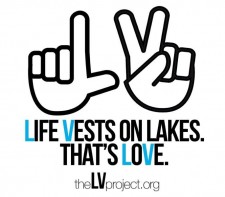 Dallas, Texas, August 8, 2017 (Newswire.com) -  Outdoors Tomorrow Foundation, a leader in high school outdoor education, and The LV Project, an organization dedicated to preventing lake drownings, have teamed up to deliver a one-of-a kind, powerfully-crafted curriculum for students who participate in Outdoor Adventures classes. The life vest curriculum is part of a comprehensive education program which teaches students about all types of outdoor activities including Hunter Education, Angling, Boater Education, and Paddle Sports. The curriculum will be distributed to educators in more than 320 schools in 22 states, reaching more than 30,000 students.

The life vest education component begins with the memorable story of 15-year-old Connor Gage, a high school freshman who, despite being an excellent swimmer and lifelong lake kid, lost his life to a lake drowning while at a friend’s birthday party in 2012. Students first learn Connor’s story in an interactive exercise called “Five Hours One Friday”, which provides insight into the circumstances which led to his death. The program builds on Connor’s story with useful, educational and powerful life-saving information that will benefit the students for years to come.

"It's impossible to hear Connor's story and not be moved. Losing a child is tragic. Losing a child to something preventable is downright devastating. We are honored to work with The LV Project to educate today's youth on ways to be safe in natural water settings. Our goal is to prevent Connor's story from being repeated,"

“It’s impossible to hear Connor’s story and not be moved. Losing a child is tragic. Losing a child to something preventable is downright devastating. We are honored to work with The LV Project to educate today’s youth on ways to be safe in natural water settings. Our goal is to prevent Connor’s story from being repeated,” said Scot McClure, Education Coordinator, Outdoors Tomorrow Foundation.

According to statistics from the CDC, drowning rates in natural water settings triple at age 15 and remain elevated through adulthood. “Too many people assume knowing how to swim makes you drown-proof. Unlike in pools, with open water, it’s our teenage sons and our fathers who are at greatest risk,” says Dana Gage, Connor’s mom and Founder of The LV Project. “The prevalent attitude toward life vest wear is remarkably similar to how seat belts were viewed in the 70s… a nuisance and not needed,” she added. “Meanwhile, more and more people die needlessly each year. A $30 life vest would have saved my son. It’s tragic. But more importantly, it’s preventable. We applaud Outdoors Tomorrow Foundation for implementing a curriculum that will not only educate but save lives for years to come.”

Drowning is a leading cause of accidental death in the United States:

The course curriculum is fully aligned to state education standards and launches officially for the 2017-18 school year.​

About Outdoors Tomorrow Foundation
Outdoors Tomorrow Foundation (OTF) began as Dallas Ecological Foundation in 1981 with the primary purpose to teach in-school outdoor education and to promote and fund conservation of wildlife worldwide. The OTF’s Outdoor Adventure program is taught in over 300 schools in 22 states, with 30,000 students currently enrolled and more than 180,000 student participants. Learn more at www.gootf.com

About The LV Project
Founded in 2012 to honor the life of Connor Kelly Gage, The LV Project’s mission is buoyancy, on water and in life.  During swim season, The LV Project focuses on “water buoyancy” and raises awareness for drowning prevention, specifically advocating for use of life vests. The rest of the time, The LV Project shifts its focus to “life buoyancy”, partnering with other non-profit organizations and completing service projects that give people in need a lift in their everyday lives. Learn more at http://www.thelvproject.org/ 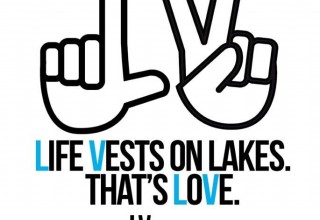 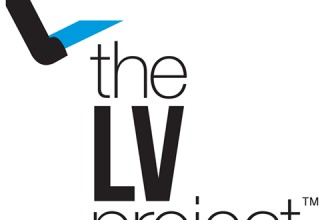 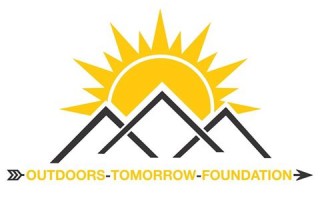 About The LV Project

Founded to honor the life of Connor Kelly Gage, The LV Project relentlessly pursues the idea that all people can LiVe and LoVe buoyantly. On water and in life.