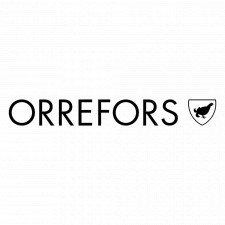 NEW YORK, November 14, 2022 (Newswire.com) - The Swedish glass manufacturer Orrefors, established in 1898, is pleased to announce its association with the Nordic film industry as the new provider for the Nordic International Film Festival Award.

"We are excited to have started this collaboration with the Nordic International Film Festival (NIFF). It feels natural for us to partner with NIFF, which supports Scandinavian filmmakers and connects the Nordic regions with the rest of the world. Orrefors is a leading crystal company with production in Sweden that represents Nordic glass heritage and Scandinavian design. We look forward to a long-lasting partnership with NIFF and sharing the Orrefors award with the international film community," says Emon Maasho, CEO & President, Orrefors North America.

The company produces special products and awards for various organizations and events, such as the Gerald Loeb, The Perfect World Foundation, American Song Contest, and the Nobel Banquet. The Nobel collection from Orrefors was designed in 1991 for the 90th anniversary of the Nobel Prize. The stemware glasses have been used at the prestigious event every year since.

"Having grown up with Orrefors' products being gifted at all milestones of life, I got very excited when a collaboration between the brand and NIFF became possible. The quality and craftsmanship of Orrefors' products feel like a beautiful manifestation of the films that we at Nordic International Film Festival celebrate," says Linnea Larsdotter, Founder and Creative Director, Nordic International Film Festival.

Orrefors is a world-renowned crystal brand with a heritage dating back to 1898. The design is characterized by timeless Swedish aesthetics, functionality, sustainable quality, and craftsmanship. Since the early 1900s, Orrefors has contributed a significant part to the movement and style of Scandinavian Design. The high-quality glass made in the factory in Sweden has been the main focus since the beginning, and products by Orrefors are still to this day requested for prestigious events, such as the Nobel Banquet. Today, the brand is presented at some of the most exclusive department stores and galleries all over the world.

Based in New York City and founded in 2015 by the Swedish film producers Linnea Larsdotter and Johan Matton, Nordic International Film Festival has quickly grown to become a cultural element in the competitive film festival landscape. Since its inception, NIFF has taken every opportunity to showcase the talent of Nordic actors and filmmakers while successfully introducing them to the international film market. Every year, NIFF screens films that encourage discussion regarding the present social and political climate and creates an environment and atmosphere that facilitates in-depth discussion about those films.

Orrefors is a world-renowned crystal brand with a heritage dating back to 1898. The design is characterized by timeless Swedish aesthetics, functionality, sustainable quality, and craftsmanship.