Editor-in-Chief Inspires Others with Her Own Entrepreneur Success Story

CHICAGO, September 1, 2017 (Newswire.com) - LadyBossBlogger, online blog, celebrates one year on Sept.1st, 2017. Since its launch, the online platform has featured 500+ female entrepreneurs and their stories, highlighting their struggles and their success. LadyBossBlogger has amassed a following of 21,000+ followers under a year. Founder and Editor-In-Chief, Elaine Rau’s own story and journey has also been impactful to the success of the blog and has gained attention of its own.

The blog started with an interview of targeted questions that was sent out by Rau to female entrepreneurs, a spike in views and shares proved the value of the platform and topic. This led to the LadyBossBlogger founder to execute the idea of monetizing her platform and to offer paid packages for the use of her platform in helping female entrepreneurs voice and share their own stories.

“I am so glad I decided to just run with it. I saw what I was doing was working and took action immediately. I had to create my own opportunities, especially at that point during my life,” said Founder and Editor-In-Chief of LadyBossBlogger, Elaine Rau.

Rau’s journey and success story has been featured on “Unforgettable Faces & Stories: Starting Over Stories of New Beginnings,” by Eileen Doyon. She has also been featured on 30+ websites and the Huffington Post in the U.S. and U.K.

Founder and Editor-in-Chief, Elaine Rau launched LadyBossBlogger.com in 2016 as a platform to highlight the successes and the struggles of female entrepreneurs all over the world to help unite and share tips/expertise in order to learn from one another.

Her desire is to fill the media with stories about powerful women and change women’s mindsets about themselves. The media plays a powerful part in how we see ourselves, what we think we can achieve, and what limitations we put on ourselves. The more women are properly portrayed, the more women will rise up in leadership and push past their self-limiting beliefs.

LadyBossBlogger currently offers eight different packages ranging from $39.99-$105 for a one-time promotional blog post with eight graphics and a share across the LadyBossBlogger social media channels. Guest posting is also an option.

For any media inquiries, feel free to reach out to, Publicist, Samantha Frontera of Exclusive PR at sfrontera@exclusivepr.biz or at: (847) 703-0529. 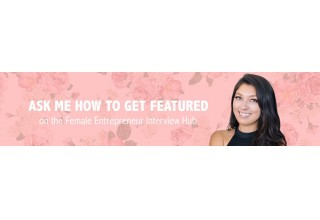 Exclusive PR is a Chicago based PR agency that focuses on B2C & B2B clients in the retail, consumer tech, restaurant, and lifestyle industries.